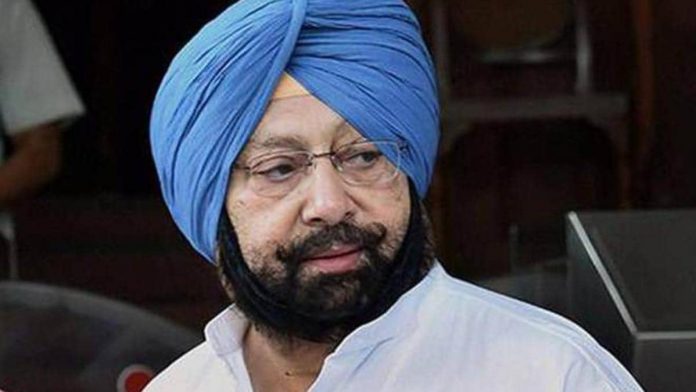 Chief Minister Amarinder Singh met a three-member committee, set up by the Congress high command to resolve infighting in the party's state unit, at All India Congress Committee (AICC) headquarters in New Delhi.

The Congress-led Punjab government is in a fire fighting mode as it tries to rectify its mistake of allotting Covaxin doses to private hospitals while justifying its very decision of selling the doses at higher prices.

Chief Minister Captain Amarinder Singh had said on Friday (June 4) that the order diverting vaccine stocks to private hospitals has been reversed and argued that the earlier order was “not taken in the right spirit”.

Besides, the state government on Saturday (June 5) tried to make light of the alleged “vaccine scam” (as the Akali Dal calls it) by saying that, so far, only 600 out of 42,000 vaccine doses ‘sold’ to private hospitals had been administered by the hospitals. Congress leader Jaiveer Shergill said the remaining 41,400 vaccines will be taken back.

In a counter attack, Congress wrote to the Centre over the “low supply and varying prices of vaccines”.

Later in the day, Punjab’s Health Minister Balbir Singh Sidhu told media that he has ordered a probe into the Opposition’s allegations that the state government has been diverting COVID vaccines to private hospitals.

Without going into the specifics of the allegations, the health minister said he will first wait for the entire picture to emerge.

The Shiromani Akali Dal (SAD) had on Thursday accused the Amarinder Singh government of diverting COVID vaccines to private hospitals at hefty margins .

The three-member panel is headed by the Leader of Opposition in Rajya Sabha Mallikarjun Kharge and has AICC secretary general in-charge of Punjab Harish Rawat and former MP J P Aggarwal as its other members.

Amrinder Singh and his former cabinet colleague Navjot Singh Sidhu are engaged in a bitter war of words. Sidhu has publicly attacked the chief minister over an SIT report on the sacrilege issue in Punjab.