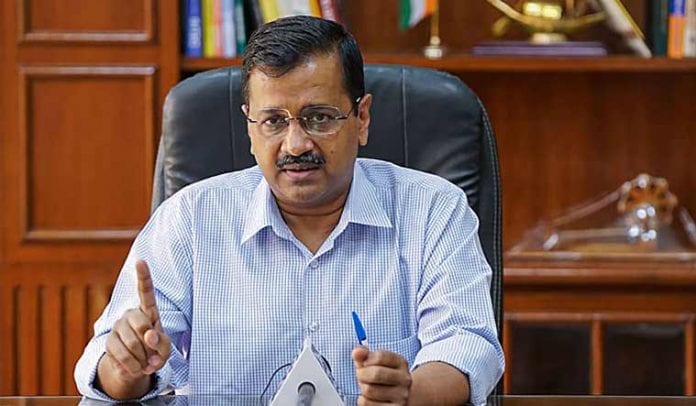 This is Kejriwal's promise, not Captain's, the Delhi CM declared in Chandigarh on June 29. File Photo

Months before the Punjab Assembly polls, the Aam Aadmi Party – the main opposition party in the state – has promised 24-hour electricity, 300 units free for each family and a waiver on previous power bills.

“Punjab generates surplus power, but has hours-long power cuts. On top of it, many people get inflated bills”, said AAP chief Arvind Kejriwal, pointing to Delhi, where he made similar promises ahead of polls.

“This is Kejriwal’s promise, not Captain’s (Congress Chief Minister Cap Amarinder Singh) vows. We deliver on our promises. Captain’s promises have not been fulfilled even after five years,” he said at Chandigarh Press Club on Tuesday (June 29).

The Delhi Chief Minister said if AAP wins in Punjab, the power bill waiver promise will be met immediately. Every household in the state will also get free electricity up to 300 units. “Around 77-80 per cent people of Punjab will have zero electricity bill,” he said. It will take up to three years to deliver on 24X7 power supply, he said.

In the 2017 Assembly polls, AAP bagged 20 seats, while the Congress wrested 77 seats, and the then ruling SAD-BJP won 18 seats in the 117-member House. The Congress ended the 10-year rule of the Akali-BJP government.

Kejriwal said his party has found that the people in the state are “very unhappy” about the electricity costs. “Some women said electricity bills are at times 50 per cent of the household income,” he said.

“A person with two lights and a fan gets electricity bills of ₹ 50,000 a month. How is this even possible? This will end… all old arrears and pending or outstanding bills will be cancelled. No one has to pay old bills,” he said. Pointing to Delhi, he said the capital city does not generate any electricity but takes from different states.

“The electricity cost in Delhi is one of the lowest in the country. Why should it not be done in Punjab too?” said the Delhi Chief Minister, who won a second straight term in the national capital last year.