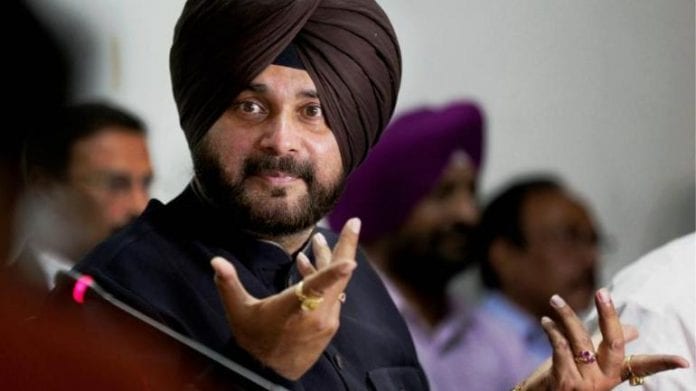 A day after a stern warning from the Congress, Malvinder Singh Mali on Friday (August 27) quit as an advisor to the Punjab unit chief Navjot Singh Sidhu. The party had said that if Sidhu did not remove Mali and another advisor, Pyare Lal Garg, it would.

On Friday Sidhu declared that “he will not spare anyone” if he was not given freedom in decision-making in the party, NDTV reported.

“I have asked the high command to allow me to take decisions and I will ensure that the Congress prospers in the state for the next two decades. Nahin toh eit se eit bajaa doon (I will not spare anyone),” said Sidhu.

The former cricketer was appointed the state Congress chief last month after the party struggled to bring about a truce between him and Chief Minister Capt Amarinder Singh.

Congress’s Punjab in-charge Harish Rawat reacted cautiously to Sidhu’s remark. “I can’t question him on the basis of media speculation… I will see the context of the statement. He is the party chief,” Rawat said.

In Facebook posts last week, Mali had described Kashmir as a “country of Kashmiri people”. He had also questioned why J&K has been “turned into an open jail” and for how long. Garg, on the other hand, questioned Amarinder’s frequent criticism of Pakistan.

Mali also wrote on the Taliban: “Now it is their responsibility to protect Sikhs and Hindus. They will rule to improve the condition of the country, not like before.”

“Punjab, Punjabi community cooperation, and anti-Sikh forces that do not tolerate the emerging Punjab model… have a nefarious design to derail the dialogue that has started taking shape and to push me to jump into the struggle with tied hands, which is not acceptable to me and rejecting the same I humbly submit that I withdraw my consent given for tendering suggestions to Navjot Singh Sidhu,” Mali said in a statement on Facebook.

Rawat said the remarks had been disowned by the adviser and the matter ended there, NDTV reported.

“I will meet Rahul ji tomorrow [August 28]… He [Navjot Singh Sidhu’s adviser] has disowned his remark on Pakistan and Kashmir, so the matter ends there,” said Rawat.

Mali called the established politics of Punjab “by and large devoid of intellect”. He said he would continue his relentless struggle against politics “laden with narrow personal interests”.

The former adviser said Amarinder, party MP Manish Tiwari, SAD’s Sukhbir Badal and AAP’s Raghav Chadha were to be blamed if he faced any physical harm.

On August 22, Amarinder had strongly criticised Sidhu’s advisers, saying their remarks were “potentially dangerous” to the peace and stability of Punjab and the country and “totally misplaced and antagonistic” to the stated position of India and the Congress on Pakistan and Kashmir.

Earlier Rawat had said: “These advisers were not appointed by the party. We have asked Sidhu to dismiss them. If Sidhu does not do that, I will. We do not want people who embarrass the party.”