Tandon’s fresh directive came two days after he first asked Nath to face a floor test on Monday, after commencement of budget session of the Assembly.

Earlier, the House which was supposed to sit for the Budget session for adjourned till March 26 in view of the coronavirus outbreak. 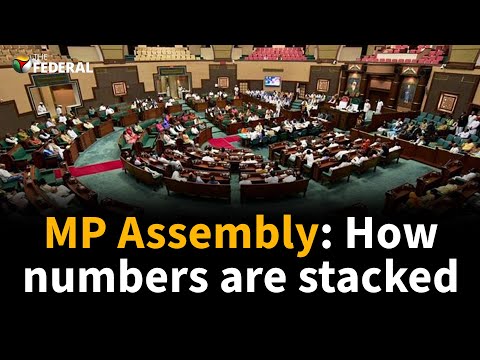 Meanwhile, former Madhya Pradesh chief minister and senior BJP leader Shivraj Singh Chouhan moved the Supreme Court on Monday seeking a direction to the state government to undertake floor test in view of the political crisis in the state.

The plea alleged that the direction Tandon to Nath for conducting a floor test on March 16 was not complied with.

When the Karnataka political crisis was at its peak, the Supreme Court had in July last year directed that the 15 rebel MLAs of the Congress and JD(S) ought not to be compelled to take part in the proceedings of the Karnataka Assembly, which was then slated to decide the confidence motion moved by the H D Kumaraswamy-led state government.

Soon after the governor wrapped up his address to the Assembly earlier on Monday, Singh said, “You all know that in the wake of (Covid-19) pandemic outbreak, the ongoing Assembly sessions of Rajasthan, Kerala, Odisha, Chhattisgarh and Maharasthra have been adjourned.”

BJP chief whip in the Assembly Narottam Mishra said Kamal Nath should seek a trust vote on Monday itself as directed by the governor. There were noisy scenes after Congress legislators objected to the demand.

Prajapati spoke to the governor who asked the members to “uphold democratic values and pride” of the state.

Leader of Opposition Gopal Bhargava said trust vote should be held, to which Prajapati said the opposition hasn’t held any talk with the Speaker over the issue.

The treasury and opposition benches traded charges and amid the commotion, the Speaker left the House for a while. When he returned, the opposition pressed for the trust vote vociferously, while the treasury benches opposed them.

Amid the noisy scenes, Singh drew the attention of the Speaker to the coronavirus situation which he said has assumed alarming global proportions. The Speaker then adjourned the House till March 26.

The drama didn’t stop after the House was adjourned, as 106 MLAs of the BJP, led by Chouhan reached the governor’s residence and demanded that a floor test be held immediately.

Earlier in the day, BJP MLAs reached the Assembly in three separate buses along with senior party leaders, after arriving in Bhopal from Manesar in Haryana at around 2 am.

Many legislators were seen covering their faces with masks amid the threat of coronavirus. These masks were provided by the state Assembly secretariat.

Talking to reporters after meeting the governor, Chouhan said, “Kamal Nath government is in a minority. This government has lost its majority. The governor had directed the chief minister to prove his majority in the floor test on March 16. They should not have had any problem in facing the floor test, if they have majority.”