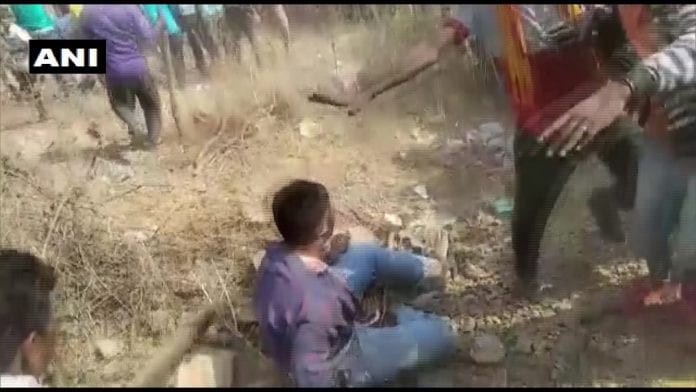 A 35-year-old man was lynched while six of his friends were seriously injured on Wednesday (February 5) in an attack by a group of villagers armed with sticks and stones amid rumours that a child-lifter gang was on the prowl in Madhya Pradesh’s Dhar district.

The one dead was identified as Ganesh Patel.

The victims, all hailing from Indore, had travelled to Baroli village, around 60 km from Dhar, to recover money from some local labourers but were attacked by a mob, District Superintendent of Police Aditya Pratap Singh said.

He said the labourers allegedly spread rumours that the seven men were child-lifters, apparently to avoid returning the money they had taken as advance from one of the victims.

Villagers stoned the victims, set one of their cars on fire and damaged another one, the SP said. “One of the victims, Vinod Mukati, had hired five labourers from the village for some work and had paid them Rs. 50,000 each as advance. The labourers had initially travelled to Indore but returned to Baroli in Dhar district without doing their job,” Singh added.

A case has been registered against more than 12 unidentified persons, he said.