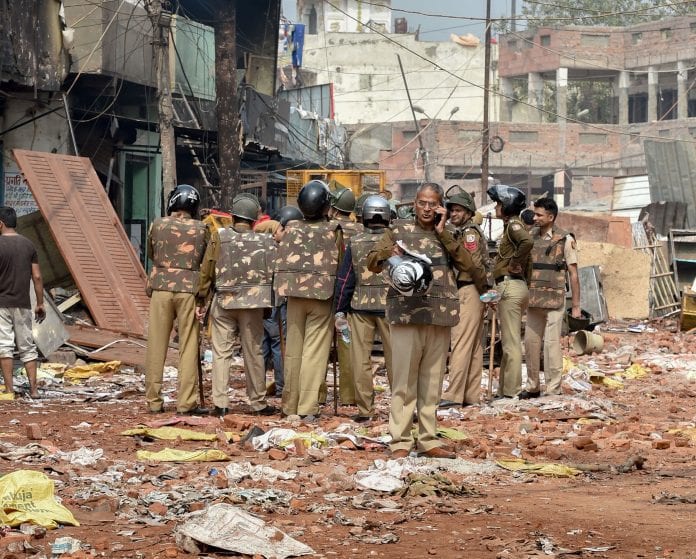 Two gangs based out of Delhi and Uttar Pradesh have come under the scanner for their alleged involvement in the Delhi clashes, a source who wished to remain anonymous said on Tuesday (February 25).

Around a dozen people have been linked with the Nasir gang and the one led by its rival, Irfan Chhenu after they were caught on camera opening fire at protesters, or throwing stones, or settings vehicles/buildings on fire, or were spotted by the police.

A source also claimed that the investigation pointed to a bigger conspiracy where the two gangs may have been hired by more powerful entities to trigger violence on purpose.

The source added that the police would start rounding up the instigators as soon as the situation was brought under control.

Other sources also confirmed that more than 500 rounds were fired by rioters, hinting at a copious supply of arms and ammunition.

More than a dozen WhatsApp groups which were allegedly used by the members of the two gangs to execute their plans are also being constantly monitored by the intelligence wing.

The fact that numerous groups were deleted and new ones were being created frequently, probably to avoid surveillance or any chances of tracing, led the intelligence to monitor these WhatsApp groups, according to a source.

The source also claimed that stones and Molotov cocktails (bottles filled with inflammatory/incendiary liquids to be used for ignition during violent clashes) had been stocked up at various locations like houses, rooftops, balconies, and street corners strategically over the past few days.

On the other hand, the Delhi Police claimed the situation has been brought under control. “No untoward incident was reported on Wednesday and PCR calls from northeast Delhi have reduced,” Additional Commissioner of Police (Crime) Mandeep Singh Randhawa told reporters.

“Like we said earlier, miscreants will be identified and punished. Senior officers were closely monitoring the situation in northeast Delhi,” he said, adding that drones are being used on ground.

The hotspots of violence were predominantly from northeast Delhi and included Bhajanpura, Chand Bagh, Maujpur, Karawal Nagar, Gokulpuri, and Jaffrabad.

In several areas, the police were accused multiple times of not doing anything to bring the situation under control.

In response to the violence that appears to be going out of control, Prime Minister Narendra Modi appealed to the people to remain calm and gave a mandate to National Security Advisor Ajit Doval to restore normalcy and peace in the city.