The air quality in New Deli deteriorated and came under the “severe” category in several parts of the city on Tuesday (October 29).

According to the Central Pollution Control Board, the city’s overall air quality index (AQI) at 12:30 pm was 390, which was marginally better than Monday’s high of 397 at 8 pm. 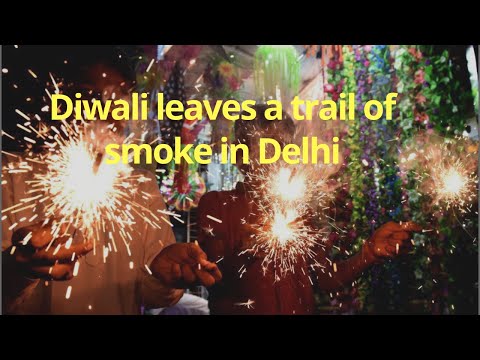 The air quality monitor SAFAR of Ministry of Earth Sciences showed that the levels of PM2.5 reached 740 in Delhi University, several hundred times higher than the 0-60 category considered “good”.

PM2.5 refers to tiny particulate matter less than 2.5 microns that can enter deep into the lungs.

Delhi’s air quality took a hit after on Diwali night due to a combination of firecracker emissions, stubble burning, and unfavourable meteorological conditions. Since then, pollution levels have been oscillating between the lower end and the higher end of the ‘very poor’ category.

The Arvind Kejriwal government had organised a mega laser show in an effort to dissuade people from bursting crackers.