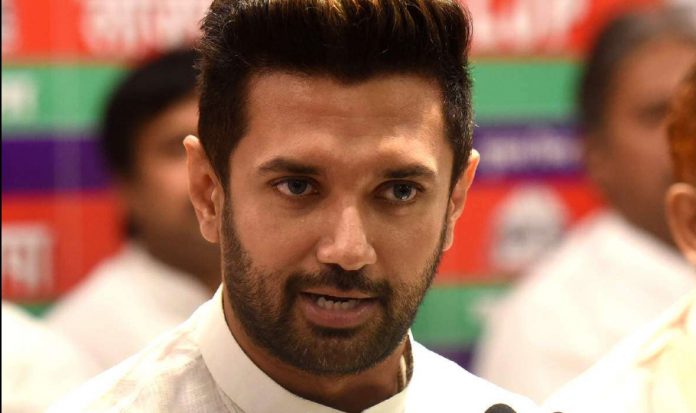 The factional infighting in the Lok Janshakti Party (LJP) came to a head on Tuesday (June 15) with the summary removal of Chirag Paswan as party national president. This was done at an emergency meeting held by the LJP national working committee.

The supporters of Chirag Paswan smeared black ink on the posters of the five rebel LJP MLAs outside the party office in Patna, said media reports. These five LJP MLAs had revolted and chose Chirag Paswan’s uncle Pashupati Kumar Paras as their leader on Saturday (June 12) and this proposal was cleared by the Speaker Om Birla.

The new national president of the party will be elected within five days. Suraj Bhan Singh has been made the national working president and authorised to convene a meeting of party’s national council to elect the new president.

Hindustan Times reported that according to party officials familiar with the matter, the meeting to elect the party’s next leader is likely to be held in Patna and chances are that Paras will be made the next national president.

Though Chirag Paswan, who had taken charge of the party after his father and LJP founder Ram Vilas Paswan died in October last year, made attempts to pacify the rebels but to no avail. They even rejected his proposal of giving the post of national party president to his mother, if they did not want him. The division within the Paswan family was inevitable as Chirag and his uncle Paras were not on talking terms. Sources say Paras, a first-time MP from Hajipur, was promised a spot in the Union cabinet by Chief Minister Nitish Kumar.

Besides Paras had never supported his nephew’s decision to contest the Bihar election separately from the BJP-led National Democratic Alliance (NDA), and field candidates against estranged ally Nitish Kumar. Paras had also felt sidelined when his nephew did not bother to check with him about the party candidates.

Chirag was opposed to his uncle as well and had threatened to expel him, saying: “You are not my blood,” media reports said.

Meanwhile, Paras said on Monday (June 14) that there are 6 MPs in the LJP and out of them 5 MPs wanted him to save the party. “So, I’ve not broken the party, I’ve saved it,” he reiterated, adding that Chirag Paswan is his nephew as well as the party’s national president. “I have no objection against him,” Paras added.