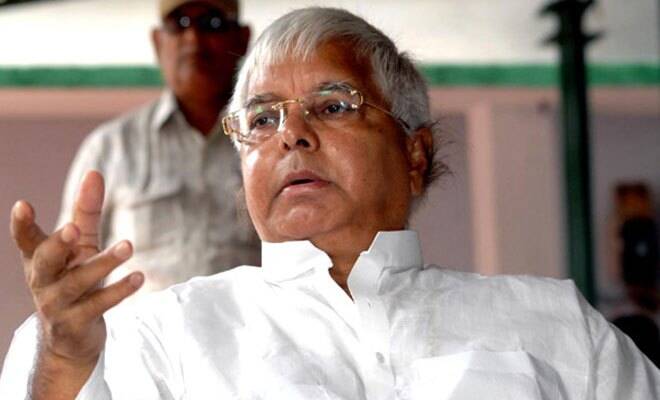 Lalu, who suffers from multiple ailments including diabetes, cardiac and renal problems, has been convalescing at his residence in Delhi upon release. | File photo: PTI

The Central Bureau of Investigation has closed its preliminary inquiry against former Bihar chief minister and RJD leader Lalu Prasad in a 2018 bribery case after the agency found no concrete evidence.

It was alleged that Lalu’s son Tejashwi and daughters Chanda and Ragini had bought a company, named AB Exports, for ₹4 lakh in 2011. Four years earlier AB Exports, which was alleged to be a shell company, had purchased a property in New Friends Colony in New Delhi for ₹5 crore.

After Lalu’s children bought the company, properties worth crores came to them, it was alleged.

The money was allegedly routed through AB Exports by commercial real estate developer DLF as a bribe in exchange for some projects at New Delhi Railway station and Mumbai’s Bandra Station.

Earlier this month Lalu was released from prison after the Jharkhand High Court granted him bail in the fodder scam case in which he was awarded jail term.

Out on bail after spending more than three years behind bars, Lalu held a “virtual interaction” with RJD workers at his home in Bihar.

Lalu, who suffers from multiple ailments including diabetes, cardiac and renal problems, has been convalescing at his residence in Delhi upon release.