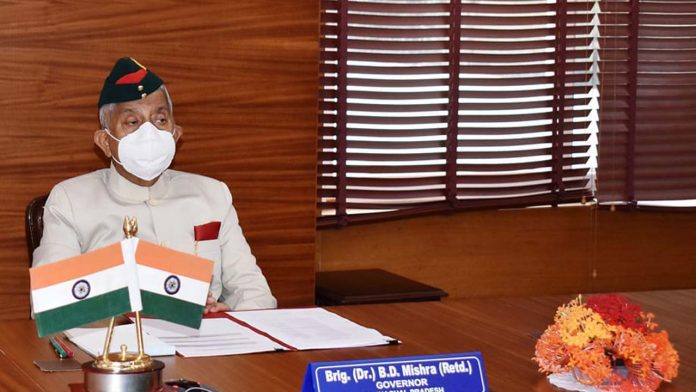 Arunachal Pradesh Governor Brig (Retd) B D Mishra said that India has one of the most powerful armed forces in the world. We should not however lower our guard.

India would not have faced “reverses” against China in 1962 if the country back then had a strong leadership, said Arunachal Pradesh Governor Brig (Retd) B D Mishra in a statement issued by the Raj Bhavan on Saturday (November 21). He also warned the army personnel not to lower their guard and to prepare for any eventuality along the borders.

While addressing a ‘sainik sammelan’ at the operational base of the 14th battalion of Rajput Regiment in Changlang district, the governor rued the fact that “if India had a strong leadership in 1962, we would not have had any reverses against China”.

The field equations had however changed today, he pointed out. “India is one of the most powerful armed forces in the world. However, we should not lower our guard. Every soldier must prepare himself for any eventuality on our borders,” urged the governor, who had fought in the 1962 war against China, the 1965 Indo-Pakistan war and in the 1971 Bangladesh Liberation War during his tenure in the army. He had also served as the former Commander of the Counter Hijack Force of the National Security Guard (NSG), popularly known as the Black Cat Commandos.

Further, according to the governor, there has been a “sea change” in the attitude of the government towards the security forces. The Central government, under Prime Minister Narendra Modi, is always concerned about the well-being and the welfare of army personnel.

“There is a sea change in the attitude of the government towards the security forces. Now the apex political leadership is highly concerned about the wellbeing of security personnel,” he stated, said media reports.

Exhorting army personnel to maintain discipline, train themselves hard and share an affable relationship with civilians, the governor stated that if the men in uniform are determined, they will be successful in all their endeavours. The governor, who had retired from the army in July 31, 1995, made a contribution for the regiment’s ‘Bara Khana’ on this occasion as a token of appreciation, the statement added.ld