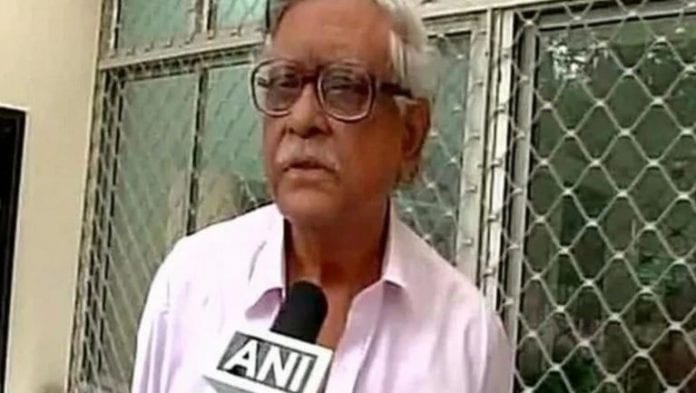 Veteran CPI leader and former MP Gurudas Dasgupta died here on Thursday following a prolonged illness. He was 83. Dasgupta is survived by his wife and daughter.

West Bengal CPI secretary Swapan Banerjee said, “He (Dasgupta) passed away at his home in Kolkata at 6 am. He was suffering from lung cancer for quite some time. Due to his poor health, he had relinquished party posts, though he continued to be a member of the national executive council of the CPI.”

A fiery orator who never shied away from raising issues concerning the masses and the working class both inside and outside parliament, Dasgupta was baptized into politics as a student leader during the tumultuous 50s and 60s. He went underground on several occasions during that period.

After the CPI split in 1964, which led to the formation of the Communist Party of India (Marxist), Dasgupta decided to stay with the parent party.

Later, he was shifted to the labour wing of the party in the early 70s to work among the labour force employed in the organised and unorganised sectors.

Dasgupta became a member of the Rajya Sabha in 1985. He was also elected to the Lok Sabha from Panskura and Ghatal constituencies of West Bengal in 2004 and 2009 respectively.

As a parliamentarian he was known for his oratory skills and his speeches earned praise from politicians, cutting across party lines. In 2014, he decided not to contest Lok Sabha polls due to poor health.

Condoling his death, West Bengal Chief Minister Mamata Banerjee said, “Saddened at the passing away of CPI leader Gurudas Dasgupta ji. He will be remembered for his contribution to the nation as a Parliamentarian and trade union leader. Condolences to his family, friends and colleagues.”