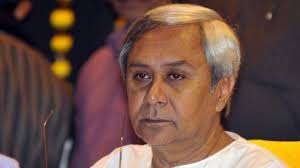 In his first interview since Cyclone Fani that ravaged the coastal districts killing 41 people, he said special category status was the need of the hour due to the massive loss to infrastructure which may stall growth of the state.

“In fact, this is one of our main demands before the Union government. Odisha faces natural calamities almost every year. The assistance we get from the Centre is mostly for temporary restoration of infrastructure. We have to spend a lot  long-term,” Patnaik told PTI in an interview. “This puts too much stress on our finances. Precisely for this reason, Odisha should be considered for special category status. In the past five years we had Phailin, Hudhud, Titli and now Fani. In addition to this, we has massive floods,” he added.

Patnaik, who was sworn in as the chief minister for the first time in 2000 and is now seeking the consecutive fifth term, said it was necessary to accelerate the growth rate of the state. “We are maintaining a growth rate higher than that of the country. We are doing so well in all our socio-economic indicators. Proving special category status will help us accelerate growth,” he said. When asked if Cyclone Fani should have been declared a national calamity considering the magnitude of the damage, he said special category status will solve the problem. “If the Centre declares special category status, everything will be taken care of,” Patnaik said.

Prime Minister Narendra Modi announced Rs 1000 crore assistance for Odisha and he also did an aerial survey of cyclone-ravaged areas. He praised the people for cooperating with the administration before the calamity hit the state and applauded Patnaik for timely relocation work to minimise the causalities. He also promised to provide all possible help from the Centre. “It is the teamwork coupled with technology that helped in this mammoth exercise. I am grateful to everyone involved, especially to our people,” Patnaik said on the praise received from the prime minister. He also admitted that considering the storm coincided with the general and assembly elections , it was an even more difficult task for his government. “And also summer cyclones are a rarity,” said the 72-year-old Biju Janta Dal president.

Fani is unlike the other storms that Odisha is accustomed to, as most of them occurred between October and December. Asked how challenging it would be now to bring Odisha back to normalcy, he said his government is leaving no stone unturned to do it quickly. “We are putting our best efforts in bringing back normalcy. Power infrastructure has been completely destroyed, especially in Puri and parts of Khurda districts where we have to re-electrify completely. Also lakhs of houses have been destroyed in addition to serious damage to tree cover and plantation crops,” he said. “We could restore piped water supply to Puri town in 48 hours and Bhubaneshwar in 72 hours. By 12th, i.e. nine days from landfall only Puri district, will have electricity issues. Electricity in all the other places would have been restored,” the chief minister. He also said that rural housing was one of the state government’s strengths, they were hopeful of completing all the five lakh houses in six months time. “We will also take up huge plantation drives in the coming monsoon season,” he said.

On the question of seeking help from international agencies like World Bank or ADB, he said that it could be a possibility. “For cyclone proof energy infrastructure, we would definitely explore all possibilities, including international support,” said Patnaik. According to an assessment by a public general insurance company, losses to crops, property and vehicles amount to nearly Rs 3500 crore in wake of Cyclone Fani, but the chief minister refused to comment on it. “We are waiting for our own assessment to be complete,” he said. Asked what was the biggest lesson he learnt as the head of the state from this calamity, he said that preparedness helps save lives.