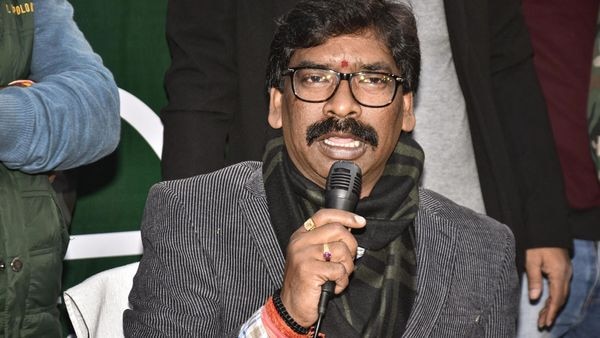 A joint meeting with pre-poll allies the Congress and RJD will meet around 7 pm at the same place and Hemant Soren will also call on Jharkhand Vikas Morcha (Prajatantrik) president, Babulal Marandi, party sources said.

Our party working president Hemant Soren has been unanimously elected as the legislature party leader and he will call on the Governor around 8 pm, JMM general secretary Suprio Bhattacharya said after Hemant Soren was formally elected in a meeting of the newly elected JMM MLAs held in the residence of the party president Shibu Soren.

The Congress legislature group will also meet separately to choose its leader. Soren, who was projected as the chief ministerial candidate of the JMM-Congress-RJD alliance, is likely to visit New Delhi later with AICC in-charge of Jharkhand, RPN Singh to meet Congress chief Sonia Gandhi and Rahul Gandhi before staking claim to form the government, sources said.

The three-party alliance has won 47 of the states 81 seats. The JMM won 30 seats, Congress 16 and RJD one. The BJP clinched 25 seats, the AJSU Party two, the JVM
(P) three and others four.

Chirag targets Nitish, this time, over liquor ban in Bihar