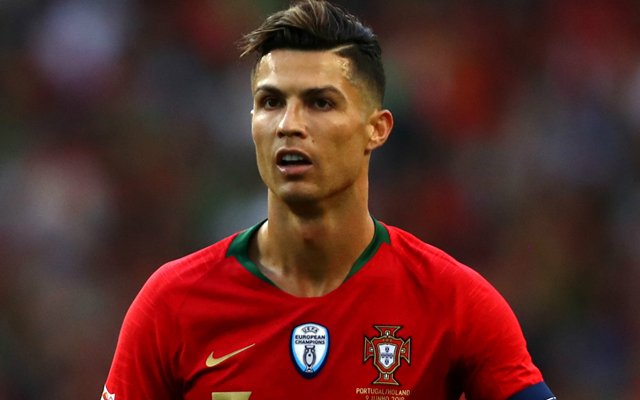 Cristiano Ronaldo on Saturday (February 8) became the first Juventus player to score in 10 successive Serie A games but the champions fell 2-1 at Hellas Verona to leave an opening to their title rivals.

The five-time Ballon d’Or winner is closing in on the all-time Serie A record of scoring in 11 consecutive games held by Gabriel Batistuta and Fabio Quagliarella.

But Juventus paid for defensive errors with Fabio Borini pulling Verona level with quarter of an hour to go, before veteran striker Giampaolo Pazzini won the match for the promoted side from the penalty spot four minutes from time following a Leonardo Bonucci handball.

Juventus are three points ahead of Inter Milan, who have a chance to pull level when they take on Zlatan Ibrahimovic’s AC Milan in Sunday’s derby clash at the San Siro.

Lazio are four points behind the leaders in third before they travel to Parma. The defeat was the third this season for Maurizio Sarri’s side but second in three games after losing 2-1 at Napoli just two weeks ago.

“We have to understand that winning is not a foregone conclusion,” blasted Sarri. “We need to get it into our heads that we can’t have lapses in concentration as happened this evening.

“We dropped points through carelessness.” Verona meanwhile are up to sixth after extending their unbeaten run to eight games days after earning a creditable goalless draw at Lazio, who can pull to within a point of Juve with a win at Parma on Sunday.

“We’ve created a group of hungry kids,” said Verona coach Ivan Juric. “Heart played a big role, the lads were tired but they gave it everything.”

Earlier Atalanta consolidated fourth place with a 2-1 win at Fiorentina that ended the Bergamo side’s 27-year away winless run against the Tuscan club.

Federico Chiesa’s scorcher just after half an hour gave mid-table Fiorentina hope of another win over Atalanta, whom they eliminated from the Italian Cup at their Stadio Artemio Franchi last month.

But Duvan Zapata tapped in four minutes after the break to level the scores before Ruslan Malinovsky came off the bench to seal victory with 18 minutes left, giving Atalanta their first win away at the ‘Viola’ since 1993.

Gian Piero Gasperini’s side pull three points clear of fifth-placed Roma in the race for the Champions League following the capital club’s 3-2 home defeat to Bologna on Friday, but are still eight points behind Lazio.

“These are three very important, key points. We haven’t won here for 27 years, and we were up a against an in-form team,” said Gasperini.

Atalanta host Roma next weekend before they play at home against Valencia in the Champions League last-16, having qualified for the competition for the first time this season. “We have to exploit Roma’s difficulties and our home advantage in the next match,” added Zapata.

“If we do well against the ‘Giallorossi’ it will set us up for the Champions League match against Valencia.” Moreno Longo started his reign as Torino coach with a 3-1 home defeat to Sampdoria, with the struggling Genoa club’s goals coming in a nine-minute second-half spell.

Torino, in 12th, have now lost four games in a row, conceding 16 goals, and could fall further off the Europa League pace by the end of the weekend. Claudio Ranieri’s Sampdoria are now 16th, seven points clear of the relegation zone.

All five former winners in same half of Champions League draw

La Liga may resume from June 8: What can football fans expect?