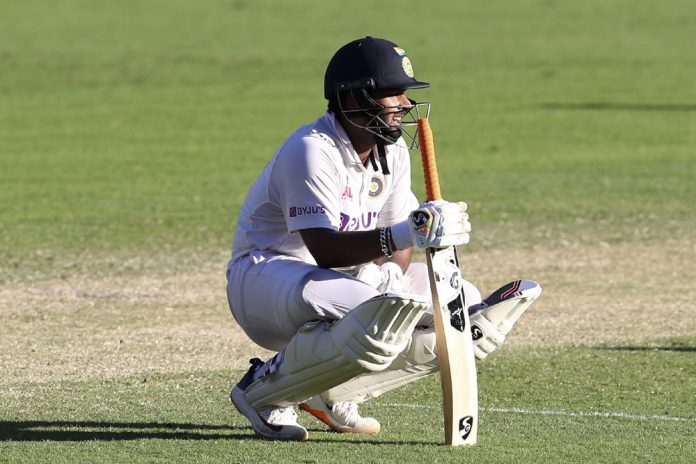 Give Rishabh Pant a “break” from constant comparisons and let him go from strength to strength, his senior India teammate Ravichandran Ashiwn suggested on Sunday.

Be it for his keeping or batting, be it with one of Indias greatest or any other player, Pant needs a break from all sorts of comparisons, expressed Ashiwn, who has been keeping the young stumper on his toes with deliveries that look like fetching their team wickets every now and then.

“He was constantly compared with the great M S Dhoni for a long time. Now he gets compared for his wicket-keeping with (Wriddhiman) Saha, this that and all that, sometimes its just better to give a break and let people build on confidence,” Ashwin said. The seasoned off-spinner was speaking at the end of the second days play in the second Test between India and England, during which he collected his 29th five-for in Test cricket. On his swashbuckling wicketkeeper-batsman, Ashwin continued, “With respect to Rishabhs keeping, the name of the game is confidence right, he has been batting well, he has been working incredibly hard on his keeping as well…

“And sometimes, when you are constantly being compared to someone who has done well for years, it can be really hard, I really do feel for Rishabh, on a lot occasions, when I am watching games from home where he is playing the white-ball format.

“He has definitely got the ability, that is why he is here and I have no doubt he will go from strength to strength.” After playing a key role in Indias incredible series win in Australia last month, Pant said the comparisons with Dhoni are flattering but added he wants to carve his own identity in the game.

Ashwin has now dismissed more left-handers than anyone else in Test cricket and though he admitted bowling to southpaws is an advantage for off-spinners, he said he has been working on a lot of aspects in recent years.

“I cant really remember how it all started, to be honest. Obviously the ball turning away from the left-hander is one very big advantage when it comes to off-spinners and likewise left-arm orthodox spinners also enjoy bowling to right-hand batsmen.

“So for me, over the years, the left-hand batsmen have generally tended to receive a lot of bowling from round the stumps, so one thing that I have learnt better and started doing a lot more is varying the seam position…

“… The point where I use the crease, went really wide to the middle to try and get as close as possible and also change over the stumps, over the stumps is one angle I have used effectively over the last 36 months,” said. On Sunday, he became the first bowler to dismiss 200 left-handers in Test cricket. There has been a lot of chatter about the rank turner used for the second match at Chepauk but Ashwin said he has not heard any current English player complaining about the wickets.

“I dont not know if they have complaints in the first place, so if they do, I mean it is quite natural for people to come up against adverse conditions and then take (backward)…

“In all honestly the seven days of Test cricket we have played so far, England played really well, competed really well, I havent seen any of them complaining anything like that.

“But time and again there are conditions which will challenge you be it spin or with seam.” He said it is always a tougher proposition to bat against top-class fast bowlers on seaming and bouncy conditions.

“I mean the only comparison I can say is the bowl is moving around at 140-150, takes off the deck, that has to be more challenging than somebody bowling at 85-90 Ks, when the ball is moving, clearly the challenges are way greater than when you come off come up against seam.

“It is just the same way when you play spin, you have to give it to the bowler, take your time, buy your time and then probably cash little later, it is another form of art, thats it. It is as simple as that.” Ashwin was delighted to have got a five-wicket haul — his 29th overall — at his home ground and in front of spectators.

“Look, I think, it is wonderful to have crowd back in the first place, we havent played (in front of) crowds for a long time.

“I think the Indian cricketing fans are also, you know, waiting to get back and watch sport, especially cricket, it is one of the biggest sport here, so people enjoy coming for it.

“On the other hand, playing in front of my home ground is always special for me and to get five wickets here is something that I would always cherish and in front of the crowd is even better,” Ashwin said.