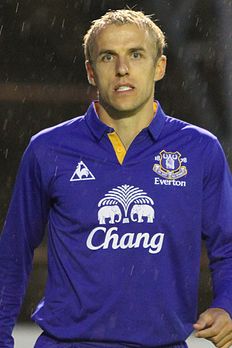 England manager Phil Neville has hailed the ongoing revolution in the women’s game as he fine-tunes his preparations for the World Cup in France. The women’s boss named his squad on Wednesday (May 8) for the tournament that starts on June 7, with sports stars, musicians and even Football Association president Prince William announcing the 23-strong group player by player via social media.

Neville, whose team are grouped with Scotland, Argentina and Japan, said it was a “special period for women’s football” as he talked about finding the balance between growing the game and winning matches. “Its been a constant learning curve for me over the last 16 months because ultimately were in a cut-throat win business and going to this World Cup wanting to win,” he said. “There is a development, a growth that we need to keep pushing,” he added.

“I need to keep exposing my players to the things that we ask them to do in terms of social media stuff, the coaching in schools, the media stuff that they’re doing at the moment. I can say from day one I don’t want my players doing anything but that’s not going to help growth, that’s not going to help get women’s football visible so I’ve had to adapt my management.”

The England boss said the best way to inspire the next generation of players would be to win in France and he believes he has a good mix of experience and youthful zest.
The younger players, in common with those in England’s mens team, show a fearless streak in their approach to the game, added Neville, whose side open their campaign against Scotland in Nice on June 9.

“They get given a lot in terms of coaching, psychological help, technical, tactical, everything is there for them to help them perform on the field,” Neville said. “So I think what youre getting now is a more confident younger player.” He said older players had faced much tougher challenges. I remember sitting down with Fara (Williams, who is not in the squad), I think it was in Bosnia and she was telling me about some of the things she had to put up with,” he said. “Jill Scott tells the same things about having no balls, bibs, no pitches, being treated so badly.”

Neville does not shy away from openly stating his ambitions for his team, ranked third in the world, and rejects the necessity of playing down expectations. “The big occasion, full house, Nice, Scotland, millions watching back home on the BBC,” he said. “You speak to those senior players. They will say this is what we dreamed about when we went to those park pitches, when we had no balls and we had no coaches. We wanted to get to this stage in women’s football and now were here we cant be fearful of it, we cant be scared of it and we’ve just got to charge forward.”

Why lakes in Argentina are turning pink