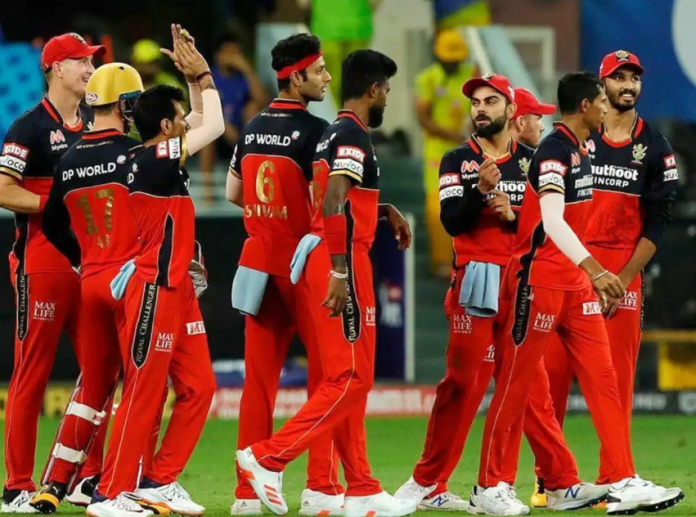 It was captain Kohli’s unbeaten 90 off 52 balls that powered RCB to a competitive 169 for 4 on a slowish track after opting to bat.

The CSK batting, which has been wobbly throughout the first four weeks fared no better after Washington Sundar (2/16 in 3 overs) removed Shane Watson and Faf du Plessis inside the Powerplay overs. In the end, they finished on 132 for 8 in 20 overs.

Ambati Rayudu (42 off 40 balls) and rookie N Jagadeesan (33) added 64 but the partnership never took off on a track where ball wasn’t coming onto the bat.

Once the wily Yuzvendra Chahal dismissed MS Dhoni (10) with a brilliantly set-up plan, the match was as good as over. CSK now have four points from seven games and are in danger of missing out on Play-Offs for the first time in 11 seasons.

Dhoni, was in a mood to make amends but Chahal lured him with a few tossed up deliveries on his pads as he shaped for the big hits. Dhoni tried to pre-empt Chahal’s next move as the leg-spinner slid one on the imaginary fifth off-stump and the former India captain was in a tangle as he failed to get required elevation. The catch at long-off was gleefully accepted by Gurkeerat Singh Mann.

Once Rayudu was dismissed by a back of the hand slower from Isuru Udana (1/30 in 4 overs), the match was all over. Special mention for Chris Morris (3/19 in 4 overs), who was brilliant in his first appearance for RCB bowling tight lines with a hint of away movement from right-handers. Earlier, Kohli, who walked in at the fall of Aaron Finch in the third over, led from the front with a majestic 52-ball knock that was the finest blend of skill and peak fitness. His innings had four fours and as many sixes but in searing Dubai humidity, ran four twos in the final over, a testament to the hours put in rigorous physical training.

The RCB captain was involved in two half-century partnerships – one with opener Devdutt Padikkal (33 off 33 balls) and Shivam Dube (22 off 14 balls) for the fifth wicket, an unbeaten 76-run stand, which powered the total.

The last five overs yielded 74 runs as the CSK bowlers appeared to falter after having allowed RCB to score only 95 in the first 15 as Kohli and the left-handed Dube went on the overdrive.

Related news: A bowler from a small Salem village is making IPL headlines with yorkers

Deepak Chahar finished with 1 for 10 from three overs while Shardul Thakur (2/40) was the best in terms of wickets. Veteran Dwayne Bravo (0/29 in three overs) again showed his value by being economical at the death.

RCB did not get off to a rapid start as the CSK bowlers kept them on a leash after an out-of-sorts Aaron Finch (2) went early.

Young Padikkal and skipper Kohli kept the scoreboard ticking but there were no big hits to be seen. Padikkal hoisted leggie Karn Sharma for a huge six in the 10th over.

However, his attempt to clear mid-off did not materialise as he ended up giving a catch to Faf du Plessis to give Thakur his first wicket.

Three balls later, Thakur struck a huge blow for CSK, getting AB de Villiers to nick one to Dhoni with a cross-seam delivery with the South African ace not troubling the scorers.