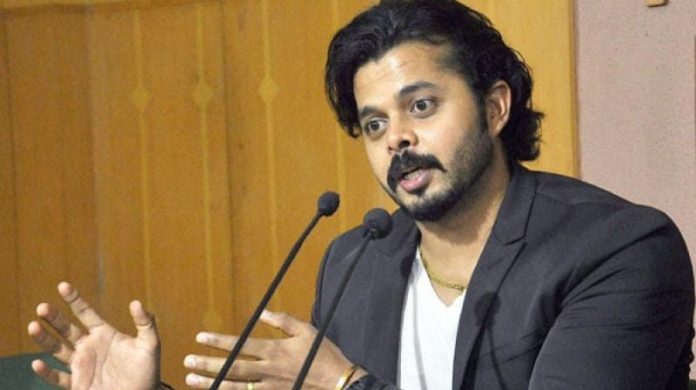 The Kerala Cricket Association (KCA) has decided to consider India’s fast bowler S Sreesanth for the upcoming Ranji Trophy season, after he completes his seven-year long ban in September 2020.

According to Kerala coach and former India bowler Tinu Yohanan, the consideration will be dependent on the bowler’s fitness trial results. If KCA considers, Sreesanth could have a chance at playing first-class cricket, for the first time since 2013.

In May 2013, Delhi Police had arrested Sreesanth and two of his Rajasthan Royals team mates, Ajit Chandilia and Ankit Chavan, on charges of spot- fixing in the Indian Premier League (IPL). For this, the Board of Control for Cricket India (BCCI) had then imposed a life ban on Sreesanth. Later in 2015, a special court in Delhi had acquitted him of all charges.

In 2018, the Kerala High Court had also revoked the BCCI decision of imposing a life ban on him. However in 2019, the Supreme Court (SC) upheld his guilt, but asked the BCCI to reduce his period of punishment. BCCI then reduced his life ban to seven years, which will end in September 2020.

RELATED NEWS: IPL can be held in Sri Lanka in September if T20 WC delayed: Experts

Sreesanth was quoted as saying that he is indebted to the KCA for giving him a chance and that he will prove his fitness to storm back to the game. He added that it is time for all controversies to take rest.

Kerala Cricket Association (KCA) President Sajan K Varghese was quoted as saying by onmanorama.com that KCA is ready to welcome back Sreesanth and that he will have to clear the fitness test to get into the camp. He added that Sreesanth is an experienced bowler for sure.

Sreesanth is based in Kochi. The cricketer is notorious for his on-field pranks. He took 87 wickets in 27 tests and 75 wickets in one-day international cricket. Sreesanth was also a member of the World Cup cricket India’s winning team in 2011.