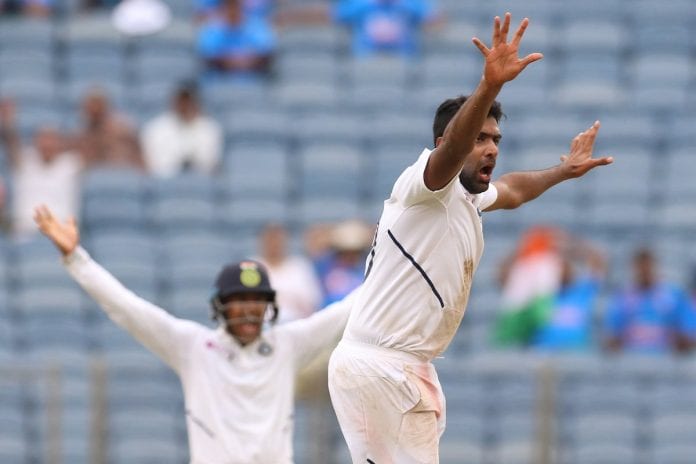 India off-spinner R Ashwin’s stature as one of the all-time greats should not be in doubt despite his relative lack of success in South Africa, England, New Zealand, and Australia. That is the opinion of Australian great Ian Chappell.

Chappell, 70, was addressing a panel on ESPNCricinfo where former Team India batsman Sanjay Manjrekar suggested that Ashwin’s lack of even a single five-wicket haul in these countries should exclude him from the list.

Moreover, he said Ashwin’s counterpart, Ravindra Jadeja, had matched him in India. Manjrekar further said that in India’s 3-1 Test series win against England earlier this year, Axar Patel had bagged 27 wickets in three matches, while Ashwin had pocketed 32 wickets in four.

Chappell disagreed with the assessment and cited the example of the legendary Joel Garner, who was part of the West Indian pace battery of the 1970 and ’80s.

Just because Garner did not bag a high number of five-wicket hauls, it didn’t mean he did not have an impact, Chappell said.

“I would like to make a couple of points there: If you look at Joel Garner, I mean how many five-wicket hauls Joel Garner has? Not many, when you consider how good he was and his record,” Chappell said.

“And why, because he was performing with three other very, very fine players. And I think, particularly of late, I find that the Indian attack has been so strong that the wickets are being shared around more. And the other point I would make is because of Ashwin’s reputation I think the England players probably concentrated more on keeping Ashwin out and with Axar Patel, well, let’s be blunt about it, they didn’t have a bloody clue.”

Ashwin, 34 has taken 409 wickets in 78 Tests at an average of 24.69, including 30 five-wicket hauls in an innings and seven 10-wicket hauls in a Test. He is India’s fourth-highest wicket-taker – nine behind Harbhajan Singh, 26 behind Kapil Dev and 211 behind Anil Kumble.