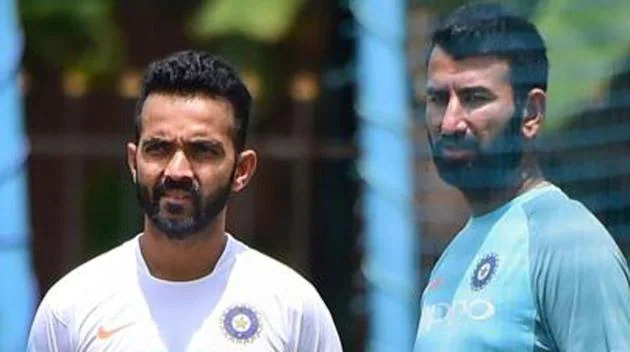 Ajinkya Rahane and Cheteshwar Pujara will target runs at the start of a frenzied phase that includes Tests in South Africa and at home against Sri Lanka in the next four months.

The clean sweep in the three-match Twenty20 International series is already history. First-round elimination in the T20 World Cup is a distant memory, at best. So frenetic and unyielding is the cauldron of international cricket, especially when it comes to the Indian team, that there is barely time to hit pause and catch one’s breath.

And so, on Thursday at Kanpur’s Green Park, India and New Zealand will resume red-ball rivalry in a battle between the finalists of the inaugural World Test Championship in England earlier this year. It’s a strange rivalry, if that’s indeed the word – each side has found it practically impossible to break the other down, away from the familiar confines of home.

It is this trend the Kiwis will try to buck as they seek to extend a recent run that has netted them a hat-trick of Test wins against the Indians. That two of them came in New Zealand in February-March 2020, and the third was at the WTC final in Southampton this June, shouldn’t be considered a mere footnote. The biggest test for Kane Williamson’s men, even against a seriously depleted Indian side that has put its money where its mouth is, is believing that they can compete with their hosts on an equal footing in conditions that they don’t encounter all too frequently.

So much for New Zealand. India’s challenges are manifold, some might say of their own making, but that’s a reflection of the times we live in when constricting bio-bubbles and burgeoning workloads place unfamiliar mental demands that can’t be brushed aside or ignored any longer.

India will start the Test series without a host of regulars – Rohit Sharma, Rishabh Pant, Jasprit Bumrah, Mohammed Shami (all rested) and opener KL Rahul, originally named in the squad but ruled out on Tuesday with a thigh muscle injury. Virat Kohli, the mercurial captain who has plateaued out in the last two years, will sit out the first Test before returning –  and reassuming charge – for the second in Mumbai, all of which combined with the fact that an India ‘A’ squad is away in South Africa would indicate that the hosts are ripe for the picking.

As invested as New Zealand might be in their own abilities, they won’t be thinking along those lines. After all, it was with even fewer, less experienced resources that India bearded the Aussie lion in their own den in Brisbane this January. To expect them to keel over in their own backyard, for whatever reason, will be both fanciful and foolhardy.

New head coach Rahul Dravid’s designs of formulating plans for the future were struck an immediate blow, even before he had the opportunity of putting them into practice, with the untimely injury to Rahul. All indications prior to that development hinted at a slot in the middle order for Shubman Gill, the excellent Punjab batsman who has opened in all 15 Test innings to date. With stand-in skipper Ajinkya Rahane and his deputy for the first Test, Cheteshwar Pujara, battling long-standing concerns over their form, this was seen as an ideal opportunity to assess Gill’s middle-order credentials. Instead, with Rahul rendered hors de combat, it’s more or less certain that Gill will open the batting alongside the returning Mayank Agarwal, whose absence through concussion opened the door for Rahul’s re-entry to the Test playing eleven in England in the summer.

Whether Gill is delighted at getting the entire series – he would have had to make way for Kohli in the second Test if India stuck to their recent template of five bowlers – or disappointed that he couldn’t press his middle-order case, only he can answer. In another curious selectorial call that seems to be the calling card of the five wise men constituting the current senior selection panel, middle-order batsman Suryakumar Yadav was drafted in as opener Rahul’s replacement. That means one of Yadav or Shreyas Iyer will debut in Kanpur, an unkind cut on Hanuma Vihari who only went out of the side through injury after saving the Sydney Test in January on one good leg and a second hamstrung one. To say that’s how the cookie crumbles is being simplistic; accountability must be demanded for bizarre calls, including the very late realisation that the selectors had picked just one wicketkeeper in the ‘A’ side for the three four-day ‘Tests’ in South Africa and thus had to rush Ishan Kishan as back-up.

Each of the batting resources will be keen to make a point. Gill and Agarwal will make a pitch to be the reserve opener behind regulars Rohit and Rahul; Rahane and Pujara will target runs at the start of a frenzied phase that includes Tests in South Africa and at home against Sri Lanka in the next four months; Yadav and Iyer will be desperate to show that there is more to them than mere white-ball dash and chutzpah. All of them will be privately thrilled that there is no Trent Boult to trouble them with his exceptional left-arm swing, though they won’t be unaware of the threat the other Kiwi bowlers pose.

India’s bowling is in experienced hands even without Bumrah and Shami. The big point of interest, therefore, will be whether Mohammed Siraj can slip into the role of a spearhead this early in his career even though old warhorses Ishant Sharma and Umesh Yadav are very much in the mix. Since his dramatic initiation to Test cricket in Australia, Siraj has come on by leaps and bounds. His skill sets have improved beyond recognition, as has his game awareness. He is the future, and while it might be uncharitable to call Ishant and Umesh the storied past, the script sure is headed that way.

How Siraj, and the rest of the pace bowling group, shape up in their first Test since B Arun’s voluntary exit as bowling coach will be watched carefully. As will India’s attitude, approach and mindset in the post-Ravi Shastri era. Pared down squad or not, Dravid will lay down the Test marker over the next fortnight. One can’t see that encompassing either defensiveness or conservatism.