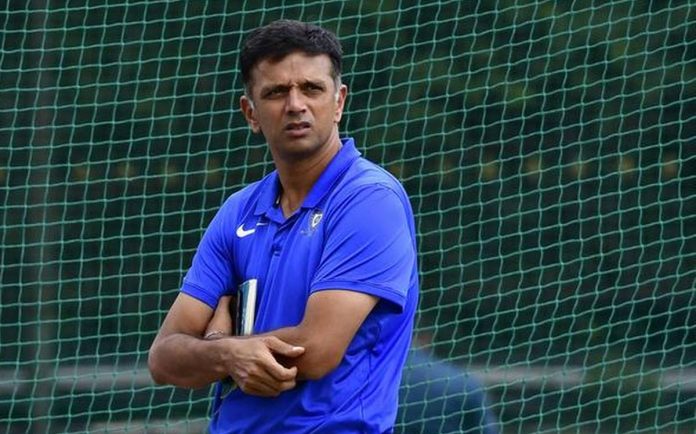 Sources at the NCA in Bengaluru had also indicated that Dravid, in all likelihood, will reapply for the position. File Photo

After his contract with the BCCI ended, Rahul Dravid has reapplied for the position of Head of Cricket at the National Cricket Academy (NCA).

There is speculation that with the tenure of head coach of senior team Ravi Shastri — he turns 60 next year — getting over after the T20 World Cup in November, Dravid could take up the role. However, last month, Dravid had made it clear he has not given it a thought yet. This also has triggered questions that who will succeed Shastri as Team India coach if Dravid moves to the NCA?

Sources at NCA in Bengaluru had also indicated that Dravid, in all likelihood, will reapply for the position and continue to create a strong feeder line in Indian cricket.

The Board of Control for Cricket in India (BCCI) had to invite applications since Dravid’s two-year contract has ended. As per the new constitution, there is no provision for extension and the hiring process has to start afresh, PTI reported.

As per the NCA advertisement for the post, candidates below 60 years are eligible to apply for the two-year term. The candidate will “formulate and deliver all cricket coaching programmes for training, preparation and playing, both on and off the field, for various trainees attending programmes at the NCA.”

“Yes, Rahul has reapplied for the post of Head of Cricket. You don’t need to be a genius to guess that he is going to continue after the tremendous work he has put in to change the face of NCA, which is now truly a centre of excellence,” a senior BCCI source privy to the development told PTI.

“In fact, as of now, save Rahul, there are no other prominent names of stature who have applied for the post.”

It is learnt that the BCCI has decided to extend the deadline for submission of applications by a few more days to ensure that interested candidates get enough time to apply.

“The BCCI brass has decided to extend the deadline from August 15 by a few more days. When Rahul is in the fray, everyone knows that there is little meaning in applying for the post. It’s more of a formality but yeah to be fair, a few more days are there if anyone feels that he would like to throw his hat in the ring,” the source said.

Dravid after the tour of Sri Lanka had in a roundabout manner expressed his apprehensions about taking up a full-time role with the Indian team.

Meanwhile, injury-prone players Varun Chakravarthy and Kamlesh Nagarkoti are back at the National Cricket Academy along with Shubman Gill as the KKR trio are undergoing rigorous rehabilitation-cum-fitness test before they get an all-clear to play in the cash-rich Indian Premier League next month.

“I guess once the NCA gives them the fit certificate, they will be flying with the rest of the KKR team to the UAE. Gill is still training here,” a source said.