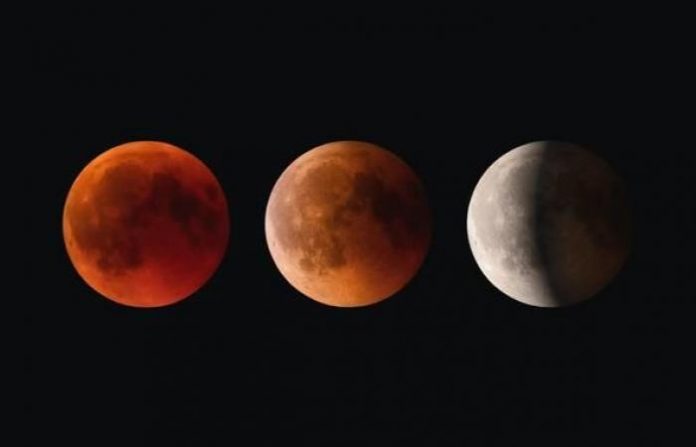 This partial lunar eclipse will be followed on the next New Moon—Saturday, December 4, 2021. Pic: NASA

The Americas, parts of Asia, Australia and the Pacific region will witness the longest partial lunar eclipse in about 600 years on November 19.

In India, people in north-eastern states will witness the eclipse. The eclipse will begin around 11.32 am and continue till 5.33 pm (IST).

A lunar eclipse happens when Earth comes in between the Moon and the Sun. This is a partial lunar eclipse because the Earth will block some of the Sun’s light from reaching the Moon, thus causing slight darkening of the moon. On the contrary, in case of a total solar eclipse, the Moon and Sun are on opposite sides of Earth. In short, a partial lunar eclipse occurs when the Earth comes between the Sun and Moon but the three celestial bodies do not form a straight line in space. When that happens, a small part of the Moon’s surface is covered by the darkest, central part of the Earth’s shadow, called the umbra.

Also read: Nasa is ready with a sci-fi plot and it will play out for real

According to Forbes.com, this one will be a longest ever because it’s a very deep. “Shortly after this eclipse—just under 2 days later—the Moon reaches the apogee of its slightly elliptical orbital path around the Earth. So it will appear relatively small in the night sky, something that explains why it goes so deeply into—and spends so long inside—Earth’s shadow.”

The eclipse will be visible from North America, South America, eastern Asia, Australia, the Pacific region and parts of Northeast India, including Arunachal Pradesh and Assam.