The Babri mosque was more than just a mosque to Muslims in India. It represented the community’s position as equal citizens in the secular, democratic country they had chosen to live in. After its highly visible and violent destruction in 1992, the Babri mosque became even more important because it was the litmus test for justice – whether Muslims were still equals in the eyes of the law.

One less mosque in a country which has thousands did not really matter to Muslims, nor did they have any special love for either Emperor Babar or his lieutenant Mir Baqi who had the mosque built 450 years ago. In fact very few ordinary Muslims (and probably just as few Hindus) even knew of the Babri mosque or the dispute that was started in 1949 when the idols of Ram Lalla were surreptitiously placed inside the mosque in the dead of night claiming it to be the exact spot that Lord Ram was born, until the BJP took it up as their cause célèbre some forty years later.

Also read: Ram temple to come up where Babri mosque was razed in Ayodhya

LK Advani’s Ram Rath Yatra across much of north India in 1990 brought the Ramjanambhoomi / Babri mosque controversy into public consciousness. The language adopted by Advani and his cohorts in the movement was provocative and belligerent. Muslims living in slums and working for pittance suddenly discovered they had been ‘appeased’ by the Congress ever since independence, while Uma Bharti and Sadhvi Ritambhara told them where their real home was. Slogans like “Mussalman ka sirf do sthan, Pakistan ya kabristan” (Muslims have only two homes, Pakistan or graveyard) and when a “Muslim is killed, he will shout Ram Ram” raised by kar sevaks showed that the movement was less about building a Ram temple and more about subjugating Muslims.

The Babri mosque became the personification of the 150 million Muslims in India. On December 6, 1992 when thousands of kar sevaks pounded on the mosque in Ayodhya, Muslims across the country felt every single blow as if it landed on them. As the domes collapsed so did the promises of protection and equality made by the state to the Muslims who had chosen to stay in a secular India rather than go to an Islamic Pakistan at the time of independence.

Once the Babri mosque was demolished, very few Muslims ever imagined that a mosque would be rebuilt at the spot, particularly as a makeshift temple complete with idols had already been put in its place on the night of December 6, which would be impossible to remove in a majoritarian India. However, what they wanted was justice. They wanted that the rule of law should be applied equally and their loss be recognised, but that was not to be.

The verdict delivered on November 9 disappointed them all the more because Muslims had complete faith in the Supreme Court. Over the last 27 years as the community became more and more marginalised and demonised, every institution began to let them down and they saw the Constitution as their only saviour. The Supreme Court was the ultimate upholder of the Constitution hence here they were bound to get justice.

The tears that flowed particularly among Muslim elders, who had seen both independence and the destruction of the Babri mosque, came from the final acceptance that their India was gone forever. In the Hindutva-fuelled New India, there was no place for them. They really were second class citizens in their own country. 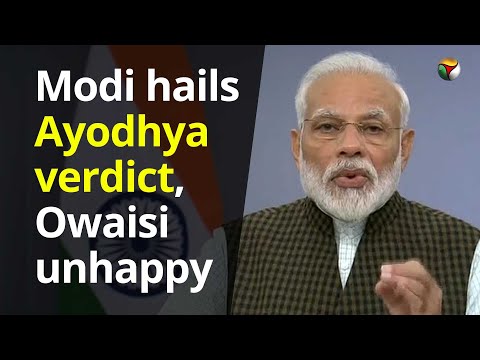 Over the last six years, they had watched their rights being eroded, their youth being picked on, beaten and killed for just being Muslims and the state honouring the perpetrators. The Supreme Court simply reinforced this trend of rewarding criminals with its Ayodhya verdict. While accepting that the 1949 desecration and 1992 demolition were both illegal, the Supreme Court awarded the land to the very same people who had broken the law. How could this be justice!

What about the 5 acres of land to build another Babri mosque to make up for their loss? The community does not want compensation, it wants justice. As I said right at the beginning of this article, Babri mosque was more than just a mosque. All along Muslims had said they will accept the verdict of the Supreme Court and they kept their word. The verdict has been accepted with a silent grace. None are in favour of a review petition because it is futile. At the same time none are interested in accepting the 5 acres of land either. “We do not need their khairat (charity),” is the common refrain stemming from anger and despair. Thanks, but No Thanks! Let the matter end here.

The feeling of alienation, despair and helplessness among the minorities is palpable. All institutions have let them down and they have no expectations from any wing of the state – the executive, legislature or even the judiciary. With the impending threat of the NRC being imposed all across the country looming large the real issue they are now facing is their very existence in India – what is the loss of a mosque or two.

(Sajeda Momin has held senior positions in Indian newspapers and now divides her time between Kolkata and London.)