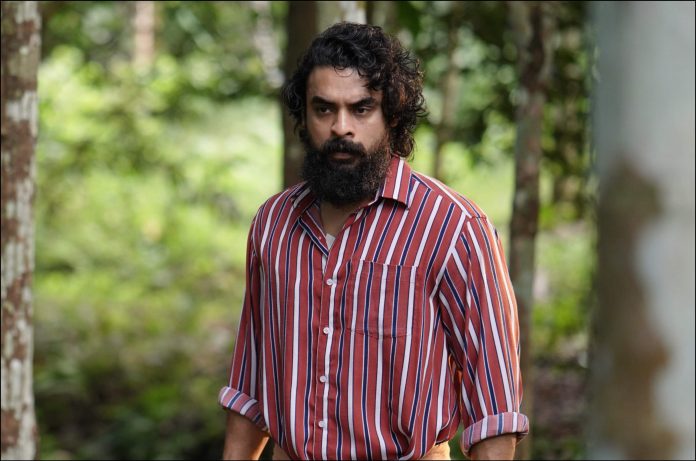 Tovino Thomas in Kala: The violence in the film is graphic, interminable, and very often inexplicable

Kerala’s new wave cinema is the toast of the national film industry. In a recent YouTube commentary, entertainment journalist Anupama Chopra praised Kala (which in Malayalam means Weed or loosely, an unwanted parasite plant) that was released in Amazon Prime Video, and made a kind of killing as a cult movie.

There has been a bunch of films in the last few years from Kerala which have steered away from large political and social themes to the personal and the familial. What happens to the individual in the kitchen, dining room, and the bedroom, and the little and big crimes within the confines of those walls are increasingly the themes now. Each family has its treasure trove of sins.

It is of some significance that veering away from the disintegration of the Nair (Hindu) family, starting with the novels and art movies of M T Vasudevan Nair, a narrative that was carried into the mainstream commercial cinema (notably Aaraam Thampuran and His Highness Abdulla, both great hits starring Mohanlal, where the prodigal son returns to reclaim his ancestral house and tradition), the scene of battle has shifted largely to Christian households. Next would be Muslims and Dalits; surely, even the minorities and the underprivileged live their secrets, and not just lead lives correctly as victims?

The three movies most talked about in recent weeks in Kerala and mentioned by Chopra in last week’s review relate to Christian families.

In Kala, the makers and the main actors including Tovino, a rising star in the industry, are in their late, amateurish 20s or early 30s. Chopra says it is an ‘unforgettable’, ‘brilliant’ and a deep psychological study of power.  She rates it along with Joji (a Fahadh Faasil movie), and Aarkariyam (Who Knows!). All the three have in common a strong father, a large house, and a thickly wooded estate— a world apart, where the laws that bind human conduct are somewhat different from those of the Indian Penal Code.

All the three movies mentioned involve feudal relationships, family secrets, and murder, or acts of violence close to murder. On the face of it they seem to critique propertied, patriarchal models of society that are seemingly functional, but cracked at heart.

Joji, a free adaptation, as it were, of a KG George movie, Irakal (Victims) from the 1980s, is about a young dysfunctional and ambitious son who with the help of his repressed and unhappy sister-in-law kills his rich father.

The logic of the plot and character then demands Joji murder his brother. He finally ends up in a hospital, his suicide attempt having proved abortive. It is not clear why Joji (or his generally resentful if conniving sister-in-law) is anyway better than the patriarch whom they dispose of. This is a moot point—despite the fact that the woke-young are eager to celebrate the Dileesh Pothan-directed movie as a politically sub-texted masterpiece. That liminal wishful thinking does not take away from the fact that Joji is a very well narrated movie.

In Aarkariyam, a well-meaning father, Itty, helps his son-in-law, Roy (Sharaf U Dheen), and his daughter, Shirley (Parvathy) to tide over their business problems by selling his estate. This is Shirley’s second marriage, and she has a daughter from the first. The first husband, Augustine, was wayward. Itty says the estate is good to go, but Roy must help him to get rid of Augustine’s body since he had ended up killing and had buried him years ago in the backyard.

An ethically troubled Roy reluctantly agrees. Except Shirley says at the very end that she had identified Augustine’s body elsewhere, killed apparently in an accident, though she is not sure if it was indeed him as the body had decomposed.  Roy doesn’t tell his wife about the backyard skeleton. The movie (written and directed by Sanu John Varghese), always restrained and well-performed, would have been excellent except for the clearly deliberated slow pacing.

The movie is chary of cutting to action, because the whole action thinly hangs by an incident in the past, and it can be revealed only at the end. As a result, the set-up gets more and more elaborate, and the film is burdened by its slow pace and lag.

This movie, too, was received with delirious cries of welcome by the cinema-goers of Kerala. Could it be that a lot of well-meaning viewers are persuaded to applaud a movie just because it feels different from the pack? Nor is it clear, politically speaking, what is the redeeming point of Roy’s troubled conscience as in the end he chooses to be a beneficiary of the patrimony? The character conflict is not sharp enough to win him any great sympathy— if that was intended. If he is actually manipulative, it does not come through either.

Now for Kala. If social media blogs and comments are any indication, this movie directed by Rohith V S, is as much a theoretical exposition of the unpredictable and inevitable return of the underclass – whose land, Shaji and his father seem to have appropriated generations ago – as it is a movie.

Shaji’s wife (Divya Pillai) and their young son have a rather cold and functional relationship. His father (Lal) is the classic and inevitable patriarch, the usual fall guy responsible for the universal ills portrayed in modern Malayalam cinema: everybody is a victim of the father; one would be justified at all times to annihilate him, and then live off his spoils. The physical confrontation between the labourer (a menacing Sumesh Moor) and Shaji occupies the last 40 minutes or so of the movie.

The violence is graphic, interminable, and very often inexplicable. Shaji seems physically much stronger of the two. He has weapons about him. He is fortified inside his house. He has a big black pedigreed dog— colonial! Yet he loses the fight. The all too sympathetic interpreters of the movie, and there are so many of them in social media, see in the movie nothing short of a World War of the feudal lords and their vassals; in this case, a world war limited to two people though.

Why is Shaji not helped by his family in the fight? Because he is a ‘toxic masculine character’. Why is the labourer, baring his fangs often like the two dogs in the movie, and symbolic of the caveman lurking beneath our skins, so violent? Because he is the victim, who speaks for the much suffering but silent wife and the caged dog secretly. Who is the boss in the end? The underclass hero, the new master, and Shaji’s dog who has now switched loyalty.

It is all quite symbolic. Even allegoric?  Performances notwithstanding, the movie verges on the pretentious and is self-indulgent. The first 10 minutes or so as titles come up, a song is played against graphics on the theme ( the base, animal nature of man) of the movie, instead of hooking the audience with the telling of the story. The characters, except perhaps for Shaji’s dog, are static for the most part.

In short, the movie does not seem to seek audience engagement. It orders it. It is a given grid. You either fall into it or you don’t. There is no real logical development or proportion of the action to the ratio of the situation. Emotions, except hate between the two protagonists, are never fully mapped.

Yet Kala demands a kind of attention. A warning, where the new wave is heading. But for a few exceptions, Joji being one, Aarkariyam for another, the new wave of Malayalam cinema substitutes shock value and stock political correctness for real plots and characters. Things just happen. Coincidences abound. Along the way, there would be blood: one or two murders. Nevertheless, the treatment is new. But is it great cinema, as is generally interpreted?

To mistake it for the real thing seems an exaggerated gesture of gratitude; appreciation for not sticking to the old formula. Commentators like Chopra, used to mindless Bollywood mass entertainment, may see, along with woke Kerala enthusiasts, works of genius sprouting like mushrooms in the monsoon. Only a few among them would prove to be edible.

CP Surendran’s novel, One Love, And the Many Lives of Osip B is scheduled to be released later this year.