Anand Patwardhan’s 1992 documentary, Ram Ke Naam, tracks the right-wing nationalist movement’s campaign to build a Ram temple at the site of Babri Masjid in Ayodhya. It begins with LK Advani’s Ram Rath Yatra and follows the outbreak of riots across the Hindi belt. It explores the mood and ideology behind the movement.

The movement is nothing new. It is decades old, even older than independent India, and the documentary merely excavates it and signals its renewed energy. In the film, a man proudly proclaims that Nathuram Godse’s actions were right and that he believes in Godse’s philosophy.

Twenty-seven years later, during the recent Lok Sabha elections — on campaign trail — current BJP MP Sadhvi Pragya said Godse was a true “deshbhakt” (patriot). She was responding to a statement made far down south in Aravakurichi by Kamal Haasan, who said that Godse was India’s first terrorist. This created quite the stir within the BJP and the ruling All India Anna Dravida Munnetra Kazhagam (AIADMK) in Tamil Nadu, and clearly caused a ripple that reached Bhopal.

But 19 years earlier, Kamal Haasan made the same statement in a far more coherent, elegant manner in a language he knows better than most — cinema. Hey Ram, which was written and directed by Kamal Haasan was released in 2000. 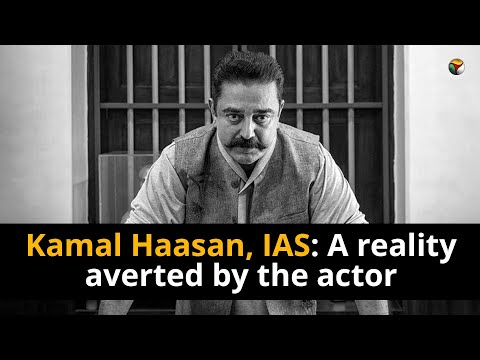 In this film, Haasan plays the role of Saket Ram (Saket, a Sanskrit equivalent for Ayodhya), an archaeologist whose life spirals down after the communal riots in Calcutta. Saket is then adopted by a nationalist ideologue Shriram Abhyankar, pointedly made up to look like MS Gowalkar, the second chief of the RSS. (When he is talking to Saket Ram, the pillar in the foreground has a pamphlet advertising fancy dresses.)

The two Rams — Saket and Abhyankar — along with a Maratha Maharaja conspire to assassinate Gandhi. Haasan’s film abounds with symbolism, both in the form of imagery and neat placement of iconography. Hey Ram doesn’t just show a picture of Savarkar.

Within the dungeons of the Maharaja, we find framed pictures of Adolf Hitler, a man still dear to many RSS ideologues. Nazism is not too far from our brush with fascism every now and then today and Haasan went one step further from Godse in making that point about Hindu terrorists nineteen years ago.

What’s more, during the Q&A, Kamal Haasan spoke about how Ilaiyaraaja based the scene’s background score on Wagner because the German composer was Hitler’s favourite. They also wanted Saket to be inebriated at this point because Hitler’s beer hall speeches were the foundation of the Nazi movement gaining foothold before the eventual coup.

A lot of scenes from the film resonate louder and stronger today. Saket Ram is handed a book delineating the Hindutva ideology. It is never explicitly named, and Abhyankar claims it is banned, therefore covered. We also get a nugget that it is written in Marathi. It could be Gowalkar’s We or Our Nationhood Defined, a book that compares Hindu Rashtra with anti-Semitic sentiments, or it could be Savarkar’s own Hindutva, the premier book for philosophy and Hindu pride.

There is a scene where Saket is shown reading Gandhi’s biography, something that doesn’t interest him. But during a little exchange, Saket’s wife Mythili, a self-professed Gandhian, is curious about what he is reading.

When asked if she’d like to give it a read, she retorts, “I don’t like semi-fiction.” The comment is not only a genre reflection of Hey Ram itself but also the ways and teachings of the Hindu nationalist movement that survives to this day. Savarkar was named a co-conspirator in Gandhi’s assassination but later acquitted.

The Maharashtra unit of the BJP fought a state election last month with their manifesto promising to seek a posthumous Bharat Ratna award for Savarkar. “Touche,” as Saket Ram says to Mythili.

In the final act, a bloody riot breaks out when Saket is caught carrying a gun within Chandni Chowk, where many Muslims are taking refuge during curfew. He chances upon his dear friend Amjad who refuses to acknowledge what his “brother” has become.

The ensuing conversation between Saket and Amjad is painfully accurate with what has been echoing louder than ever since 2014 — in government institutions, in news debates, in social media, on the streets and in cinema theatres playing the national anthem.

Saket asks Amjad to go to Pakistan and Amjad says he has chosen to live in India, the place that has nurtured him (Shah Rukh Khan’s ancestral home stands in Peshawar, as does Raj Kapoor’s). Saket says, “You people have plundered this nation for 700 years, we are taking it back.”

These are the same words that reverberate in today’s political environment and national discourse; words that Saket has clearly imbibed from the semi-fiction books and lectures gifted to him. Rewriting history is now a national pastime but with more pernicious effects than ever before.

The screening event did carry the uneasy combination of celebrating a bonafide artist’s career apotheosis and an opening statement of a politician beginning his stint. It was also a reflection of Kamal Haasan’s politics as we’ve known from the time he was a prolific filmmaker, with an enviable run from the late 80s to the mid-2000s. In that regard, the screening was a strong statement considering the nation’s mood today. But it needs to be said that the politician is not as lucid or consistent as the filmmaker in him used to be.

In the event, Tushar Gandhi, Gandhiji’s great grandson, was readier to say the obvious in as many words — that Amjads are being lynched and killed in India even today, and that Haasan’s film is relevant today more than ever.

Kamal Haasan is the man who went to Delhi to protest against the destruction of the mosque along with people like Sharmila Tagore, Bhupen Hazarika, Sudhir Mishra etc. We’ve lost that artiste to politics, a decision that has somehow diminished and muddled his beliefs.

As I write this, the Ayodhya verdict is being celebrated by news channels and legitimized by right-wing social media accounts as a victory for Ram, victory for the nation. Like Ram Ke Naam, Hey Ram too is an excavation of an uncomfortable truth.

Both the films have stood the test of time, as has India’s unfortunate tryst with the effluvia of right-wing movement that has now reached its zenith. Haasan did say that films like Hey Ram will continue to be made by talented, honest filmmakers. One can only hope that there is an iota of truth to that.

(Aditya Srikrishna is an independent film critic based in Chennai)