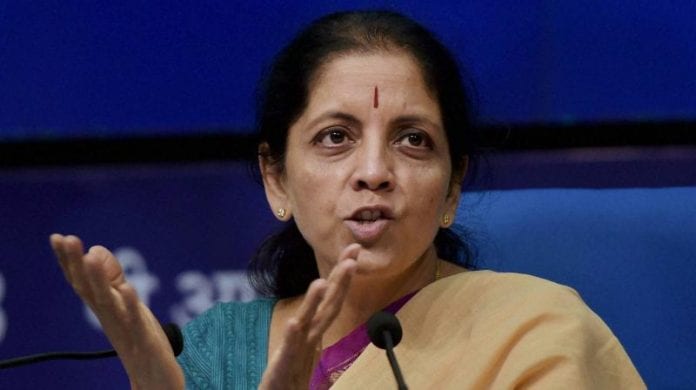 A few days ago, finance minister Nirmala Sitharaman was asked an out-of-syllabus question on the impact of the decision to roll back of the surcharge she had proposed on the foreign portfolio investors in her Budget.

The minister first fiddled with a water bottle, perhaps in a bid to remove its cap, which, rather fittingly for the occasion, she somehow failed to do. Then, when someone poured out water in her glass, she queried if one of the officials would like to answer the question.

So, far so good. There is an old saying attributed to Mark Twain that can be mildly rephrased in honour of the FM’s wisdom: Better to remain silent and be thought ignorant than to speak and to remove all doubt. But, with the availability of fresh evidence, read together with her ministry’s recent rollback of several decision — indicating the acting in haste and regretting post-haste — Sitharaman’s wisdom now appears episodic and sporadic, a divine flash in the financial pan that’s turning out to be too hot to handle.

The latest exhibit is her remark that the current slowdown in sales of cars is because of Uber and Ola. According to her, people are not spending on personal vehicles because of easy availability of apps that provide cabs on demand. This is like arguing people have stopped buying vegetables because of sites like Zomato and Swiggy.

India’s automobile market is in free fall, crashing by 23.5% alone in August, the worst-ever decline in several decades. In August 2019, overall sales stood at 18,21,490 units against 23,82,436 units in the same month last year. In absolute volume terms, sales have also fallen on a month-on-month basis since May when 20,86,358 units were sold. Since December 2018, year-on-year monthly decline in sales has been unabated.

The problem is, the fall isn’t just in the figures of passenger vehicles but also in commercial vehicles, including trucks and tractors, indicating a fall in demand across the country. Even two-wheeler sales have declined across the board.

Since Uber and Ola are not part of India’s commercial transport system, it is obvious that the decline in this segment can’t be attributed to the online aggregators. On the basis of this data, it can also be easily argued that there is an overall decline because of the inability of consumers to buy new vehicles, not because of the proliferation of cab service.

Several other factors negate the blame-Uber-Ola theory. One, these services have been part of India’s urban transport system for quite some time now and it is difficult to understand why sales would fall only this year unless there were other factors in play. Two, the biggest impact of these online aggregators has been on autorickshaw and taxi drivers, whose share has been eaten by Uber and Ola because of affordability and greater transparency in pricing. Three, these aggregators are active primarily in the tier 1 and 2 cities so the decline in sales across markets doesn’t support the finance minister’s hypothesis. And four, the aspirational value of a car hasn’t changed.

“Ola and Uber came into existence during the last 6-7 years. In this period, the auto industry also saw some of its best times. So, what happened only during the last few months that the downturn became so severe? I do not think it is only because of Ola and Uber,” Maruti Suzuki executive director Shashank Srivastava rightly pointed out in a recent interview.

If the proliferation of these cab-hailing platforms were a reason for the fall in sales, it stands to reason that even if private ownership of vehicles were going down, it should have been compensated by the people buying vehicles to ply as cabs. That doesn’t seem to have happened either.

The flaw in this theory, of course, is that it isn’t necessary that if the number of private vehicles goes down, the number of cabs has to go up in the same proportion, an eye for an eye, if you will. After all, a single cab driver is hypothetically capable of servicing several people who may have been potential buyers of private cars. But, a detailed study by Moody’s had argued that this would be offset by faster depreciation of cars in use and would not have any major impact on sales per se.

Obviously, Sitharaman’s diagnosis of the current problem in the automobile industry is faulty. It is, in fact, a symptom of the psyche that’s defined her government. The Narendra Modi has always believed in denying the existence of a problem. And on occasions when it has been forced to accept it because of strong, irrefutable data, it has managed to blame it on everyone other than its own mistakes and policies.

Unfortunately, accepting a problem and understanding the real reasons behind it — low demand, falling income and bad loans by NBFCs in this case — are the prerequisites for finding a viable solution. No wonder, Sitharaman is struggling with everything — economy, questions and even water bottles.

Coping with COVID 2.0: Will Centre come up with one more stimulus pl...

India drags its feet in the face of climate catastrophe