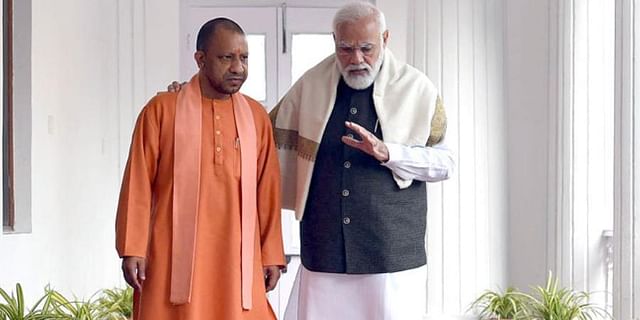 A video satire on the extremely judicious use of tomatoes during cooking, I had watched the other day, got me thinking. I wondered, why is it that if more than 20 years ago in 1998, the Bharatiya Janata Party (BJP) government in Delhi, led by Sushma Swaraj, was defeated for failure to keep onion prices in check, the BJP is now not being penalised for the two ‘centurions’ among its accomplishments – automobile fuel and tomatoes? Or, is there a subterranean anti-incumbent sentiment that we are unable to perceive because of the BJP/government’s humungous publicity machinery?

There cannot be a better backdrop to raise this question, than this regime’s latest manifestation of its obsession with gigantism in Jewar, Noida, where Prime Minister Narendra Modi laid the foundation of an international airport, billed to be Asia’s largest. Have people’s minds been colonised to the extent that the BJP leadership can approach the forthcoming Assembly polls in the state solely on the basis of colossal projects that play little role in immediately improving life of people in the neighbourhood, save get them some compensation for land acquired?

How is it that barring Opposition leaders and the much-vilified critical sections of civil society, common people do not discuss the existence of the double-faced nature of Uttar Pradesh – one which boasts of new expressways, and the others that stutter on pot-holed roads? How is it that the people accept the PR exercise of record GST collections without asking why their empty bellies and wallets do not feature in electoral discourse?

It is often said that elections are not won but lost. After all, the 2014 verdict was not as much about the BJP or Narendra Modi winning it, as the UPA regime gifting results on a platter. But, this theory is not universal for verdicts were ‘won’ too, like in 2019, when Modi capitalised on the post-Pulwama attack outrage. He used the dastardly attack to his advantage by mounting the strike on Pakistan at Balakot and in the process pushed into the background, issues related to economic woes, joblessness and the sense of drift that led to BJP’s defeat in several states in late 2018.

Part of the reason why the BJP sustained its regime, won elections repeatedly in new states, is because from the time it mounted a challenge on the nation’s political citadel in 2013, it used, to say euphemistically, ‘development’ as the username, while Hindutva was its password. The BJP has convinced people that this is a civilisation moment in India’s history when a regime is ‘correcting’ all what had been wrong since independence and avenging ‘indignities’ in history.

Also read: Farmers may yet punish Modi for his hubris and arrogance

Success in securing acceptance for this latent campaign is the primary reason for the voters to be ‘soft’ on Modi for failures to deliver promises or poor deliveries on crucial issues of livelihood and well-being. As a sympathiser put it recently, when the pendulum is released from one extreme, it never stops at the centre but always sway in the opposite direction to the same extent.

But, as the nation prepares to go in for a crucial round of Assembly elections, is this attraction or commitment to the larger civilisation and retributive narrative beginning to run thin? Will electors henceforth be driven by continued post-pandemic induced economic distress and ineptitude of the government during the second phase? This will be particularly important in UP, where the government not just failed in providing adequate medical care to COVID patients, but also put the lid on deaths in the crudest conceivable manner.

In the past, people supported the disastrous demonetisation because they got taken in by Modi’s construct on corruption and its pernicious dangers. Despite facing immense hardships and economic rout of a large chunk of self-employed Indians, people backed BJP in the successive polls in UP and Uttarakhand, after getting taken in by the BJP’s argument that Modi’s niyat (intention) was not ill-motivated. They also took vicarious pleasure that woes of those on a higher economic level were greater than theirs, that scrapping high denomination notes affected the rich more than the poor. There was also the theory floated by the party’s spin doctors that the hardships were a ‘sacrifice’ for nation-building.

None of these arguments can be reused in the present context, and only innate fatalism among Indians can be a bulwark against accusations of mishandling the situation arising from the pandemic. People could also spare the BJP and the government if they veer around to the viewpoint that no regime could have managed the situation any better.

The larger narrative is four-pronged. One, that the government has repeatedly extended the free rations scheme, an indication of its sensitivity. Two, the government continues with, and tweaks, non-discriminatory welfare measures it introduced 2014 onward. Three, the government remains committed to modernising India – as reflected in the regime’s compulsive pursuit of gigantism – Central Vista, Somnath Redevelopment Plan, expressways and not to forget the Sardar Patel statue which kick-started this ‘world’s largest/biggest’ fascination.

Also read: Farm law repeal: Beyond the subduing of triumphalism

But, the most important prong of the BJP’s messaging is broadcast at a shriller frequency – for instance at Jewar – while Modi took charge of the development theme, Adityanath said the choice for the voter was between the “sweetness of ganna (sugarcane) and the hatred of Jinnah”. He added to existing themes of Friday Namaz, Islamic State and issues raked with the intention of polarising polls like Modi did in 2017 with his kabristan-shamshaan (Muslim burial ground and Hindu cremation place) jibe.

But, there are indications that the BJP leadership fears that people will make up their minds with closer-to-self factors.

Alongside, as the farmers’ agitation demonstrated, people are once again more open than in the recent past to return to the era of social coexistence after a protracted phase of communal hostility. With other political parties accepting the centrality of religion in policy making and politics and Muslims too coming to terms with it, as evidenced in West Bengal where Muslims lined up behind Mamata Banerjee despite her moving away from overt public embrace of Muslims, the BJP senses that communal polarisation could end up becoming a tool that now provides diminishing returns.

This is evident in two actions that stand in contradiction to Modi’s normal trait. The first is obviously the decision to repeal the three farm laws after a year’s stubborn refusal. Undeniably, this acceptance of ‘defeat’ was surprising after the regime had invested so heavily in staying firm on the laws. This was unmistakably chosen because of the drift away from BJP in north India, especially UP, Punjab, Haryana, Rajasthan and Uttarakhand. In UP especially, voters’ alienation is not merely in western UP, but also in several other regions. Besides, there are challenges on the social coalition front too.

The second action which is evidence of a worry gnawing at the hearts of the BJP top brass is the forced ‘accommodation’ of UP chief minister Yogi Adityanath it has made. The recent exercise of publicising pictures of Modi with his hand on the shoulder of the fiery saffron-clad leader is unprecedented. Adityanath has stood apart from the other BJP chief ministers and has now been given the pride of place in the campaign for re-election. From a time when the leadership frowned on Adityanath for his display of autonomy and when Modi unsuccessfully tried appointing a loyal IAS officer as deputy chief minister, he now shares space and importance with the yogi.

There are multiple meanings to this gesture and the outcome of the elections in UP will cast a shadow in intra-BJP dynamics in the run-up to 2024. Although this is another matter, the fact that this development is not as much sotto voce as previously is sign of uncertainties that now grip the Modi and the BJP brass.

(The writer is a NCR-based author and journalist. His latest book is ‘The Demolition and the Verdict: Ayodhya and the Project to Reconfigure India’. His other books include ‘The RSS: Icons of the Indian Right and Narendra Modi: The Man, The Times’. He tweets at @NilanjanUdwin)