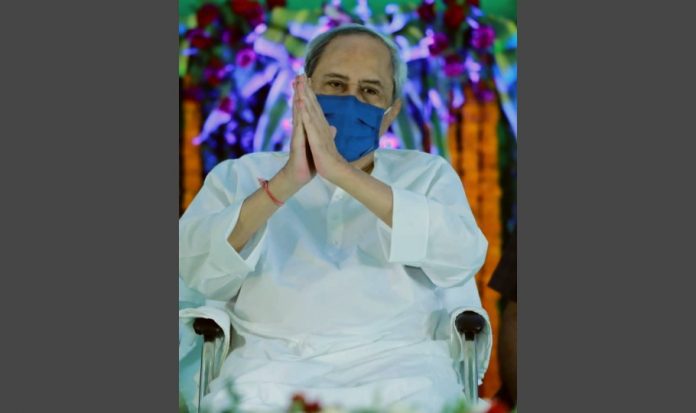 For a while, I felt like a caged animal. I happened to be entering Odisha’s secretariat building in Bhubaneswar just when the state’s longtime chief minister Naveen Patnaik was leaving and visitors like me were hurriedly pushed into a narrow corridor on the side of the spacious entrance by security personnel who then locked us up.

That was some three years ago, but little has changed since then as I discovered during a recent visit to the state. Arguably Odisha’s most popular chief minister in recent history, Patnaik has been in power for 21 long years. He has been re-elected five consecutive times and there is nothing to suggest that the dispirited opposition in the state is anywhere close to bringing down the curtains on his uninterrupted reign. Yet, Patnaik — or for that matter, those who call the shots in the state on his behalf — remain hugely wary of the people.

Like every other elected official in the country, the security cover for Odisha’s chief minister is extremely tight. Rightly so. His home that his late father, the legendary Biju Patnaik built and named as Naveen Niwas, is just outside the Bhubaneswar airport.

It’s causing immense inconvenience to local residents with the police blocking a busy thoroughfare outside the home, forcing people to take circuitous routes. But considering that the security of the VIP resident is paramount, most people put up with it without much protest.

But this hasn’t stopped people from discussing the unprecedented security measures put in place for Patnaik’s recent visit to the district town of Balasore. Residents say parts of the town were virtually closed down and a girl wearing a black dress was asked by the police to change her clothes. Patnaik, they say, is extremely touchy about black flag demonstrations and the state establishment wasn’t willing to take any chances during his Balasore visit.

That Odisha’s ruling establishment routinely resorts to heavy-handed measures to ensure Patnaik’s smooth passage was evident when in 2015 a group of student Congress activists threw eggs at his convoy. No one has ever died anywhere because of eggs being pelted at the car, but that did not stop the Odisha police from charging the activists with attempted murder. Many of them stayed in jail for days.

Patnaik’s palpable ‘insecurity’ is indeed intriguing. It has resulted in unintended consequences as well. Realising that eggs have the potential to rile up the otherwise unflappable chief minister, opposition activists have taken to throwing eggs at state ministers. They are protesting the murder of a teacher in Kalahandi and allege that a minister, Captain Dibya Shankar Mishra had close ties to the prime accused.

Also read: National Press Day: What does Indian media have to celebrate?

No evidence has emerged linking the minister to the crime, nor has the protests become a mass movement. Nevertheless, opposition workers are pelting eggs at ministers whenever they travel and ‘Anda Maada’ (attack with eggs) has become the most prominent form of political weapon.

Panchayat elections in the state are months away and the state machinery has responded with customary force. It’s normal for police to shut down shops along the chief minister’s route so that anti-government activists cannot access eggs and plastic bottles to be thrown at Patnaik’s convoy.

Silencing critics and controlling the narrative have been a time-tested strategy for the otherwise reticent chief minister. Largely dependent on government advertisements for survival, the local media has generally been subservient.

Patnaik’s ruling Biju Janata Dal reportedly finances and runs several television channels and newspapers. Those not directly controlled are also generally quiet, rarely taking up issues that may portray the state government in poor light. They haven’t even raised their voice after the state barred journalists from visiting the state secretariat since the outbreak of Covid. Visitors are allowed into the premises, but journalists — even the accredited ones — have not been welcome for nearly two years now.

Even OTV, Odisha’s number one television channel owned by the family of Baijayant ‘Jay’ Panda who had a public falling out with Patnaik and is currently the national vice-president of the BJP, has seemingly been neutered. The channel has been boycotted by the ruling BJD for years. But the standoff escalated last year and a spate of police cases were slapped against employees of the channel. Several of them quit while Jay Panda’s wife who runs the channel was sought to be implicated in an ‘unsubstantiated’ sexual harassment case. The flurry of police action, however, stopped as inexplicably as it had started. OTV meanwhile is said to have scaled down its criticism of the state government.

Patnaik escaping intense scrutiny is part of a well-crafted strategy. That Odisha has traditionally never been a priority for the national media has helped. Coverage of the state isn’t either intensive or extensive. But as and when Odisha finds mention, it is normally positive. The state government advertises generously and it is not uncommon to find images of a smiling Patnaik on the pages of national dailies.

Brand Patnaik is also constantly bolstered with events clearly with an eye to garner publicity. Odisha sponsors sports in a big way, including the national hockey team. When the team does well, Patnaik scores valuable points. Ditto with other government endeavors such as refurbishing the temple town of Puri or converting a part of its coastline into a ‘blue beach’.

Also read: Our heart goes out to SRK, but let’s not be selective in our sympathies

Meanwhile, Patnaik as the chief minister of what continues to be an overwhelmingly poor state, is continuing to set new records. Educated and raised outside Odisha, he became the state chief minister when he couldn’t speak Odia.

Now he has stopped speaking for all practical purposes. He attends public rallies but does not address them. Instead, his pre-recorded address is played while Patnaik sits on the stage quietly.

Many say silence has come to define the state of affairs in Odisha. Both the chief minister and the media are unduly quiet. The opposition seeks to make a noise, but its diatribe generally falls on deaf ears. Politics in Odisha is clearly far from ordinary.

(The writer is former editor-in-chief of Outlook magazine)