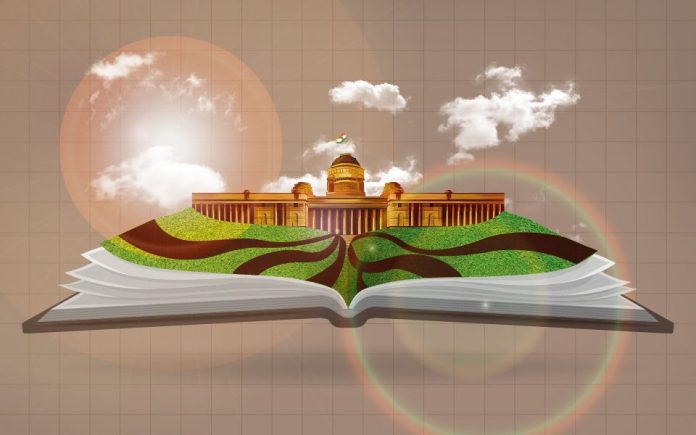 There is a two-thousand-year Tamil poem from Purananuru which exhorts the students to learn using all means. ‘Give your teacher good money. Help him in need, don’t get angry with him and don’t be impertinent with him. Your purpose is to learn,’ it says. The poem underscores the point that education had always been valued highly in India and there had always been several advisors around to tell the seekers of education how to go about it.

However, until recently, structured education was the exclusive preserve of the moneyed and the upper castes. So much so, it was quite a task for the educators of the initial days of independence to make the under-privileged understand the importance of education. Even when they did, they did not have the economic strength to send their children to schools without facing serious livelihood issues.

Things improved gradually but the situation is still highly uneven among the states. Let me give you three simple examples, all confined to school education.

The ASER also says: The enormous expansion in the numbers of children entering the education system has meant that there is much more diversity among the children as was the case a generation ago. Neither the pre-primary or primary classrooms are designed to address the increase in diversity in the needs and characteristics of the children they cater to. It is impossible for the Central Government solve this problem by increasing the dole money or by issuing periodic administrative fiats. The States, even though many of them are lethargic and have allowed education in their domains to decay, are still the prime players in the game. Education, we must remember, is still on the concurrent list and rightly so.

When I heard that Dr K Kasturirangan was appointed to head a committee on education, I was sure he, with his scientific background, would analyze the issues dispassionately and emphasis on decentralization of education. I must say I am sorely disappointed with the draft policy, which, in effect says, that every aspect of education in India will be decided by the central government. The states’ role appears to be at the periphery — perhaps to serve as ball boys in the game of education.

The report carries a message from the then HRD Minister, Prakash Javadekar. I have no hesitation in calling it pompous and slipshod. I have three major problems with it.

Firstly, consider this passage: “To reap the benefit of the demographics, our government under the stewardship of our able Prime Minister had promised that it will implement a National Education Policy to meet the changing dynamics of the population’s requirement  with regards to quality education, innovation and research aiming to make India a knowledge superpower by equipping its students with the necessary skills and knowledge and to eliminate the shortage manpower in science, technology, academics and industry.” This is atrocious officialese and it reveals the complete wooly-headedness of the bureaucracy whose words the minister is mouthing. The top officials of the MHRD will also do well to attend a crash course on writing simple, intelligible and error-free language. Secondly, while the document carries the caption, ‘Draft National Education Policy 2019’, the Minister explicitly says that he is presenting the National Education Policy 2018! I don’t think there can be anything more slipshod than this. Thirdly, he doesn’t seem to acknowledge the existence of state governments and their role in implementing the policy. He doesn’t say in his message that the draft needs widespread consultations but speaks in terms of implementing its recommendations.

One thing that struck me while reading the report was the curious absence of Gandhi’s views on education, especially education at the village level. It obligingly mentions Swami Vivekananda and, of course, Dr BR Ambedkar. Then it dawned on me that the report hardly contains the word “village”. It speaks of rural areas, rural teachers and rural students in a general manner, without discussing the specific problems faced by both boys and girls from the villages.

In all its 400 odd pages the report excels in generalities with practically no data to support its conclusions and recommendations. It seems to think that all available magic wands are with the central government and its institutions. For example, one of the major recommendations of the committee is this: The mandate of the NCERT will be expanded to include development of curricular and pedagogical Framework of Early Child Education. This means the NCERT will be the Big Brother even to kids who are just out of the suckling stage. We all know that other than issuing vague and general inanities, NCERT is poorly equipped to do anything of value in the area of ECE.

India is a country of more than 6.4 Lakh villages and the dialect and cultural variations among them is mind boggling. A child at the tender age of three will surely be better served by local experts rather than by a distant, Delhi genius.

There is a curious addendum to this report which is titled ‘Financing’. It is clear that this has been added as an afterthought when it occurred to the members of the committee that someone might ask what the financial implications of their recommendations would be.

The committee blandly recommends that the expenditure on education be increased from the present 2.7% of the GDP to 6%, which in any case is an old story as even the Kothari Commission recommended as early as 1964 an identical percentage of GDP allocation. All governments since that year considered it an impractical proposition, though they all kept promising to implement it.

The draft policy hopes that the philanthropists, corporates and alumni will chip in and contribute hugely towards education. If past is any indication, our corporate sector is rather niggardly when it comes to funding non-profit education. Philanthropy, barring a few honourable exceptions, is passé nowadays and in any case, either philanthropy or alumni support is not likely to be statistically significant.

The policy also envisions an increase of public spending on education from the present 10% of the central and state budgets to 20.9% over a ten-year period. How will these additional funds be allocated? 5.4% is proposed to be allocated for university education and research and 5.5% mainly for school education right from ECE, food and nutrition programmes and teachers’ training.

Now, let us look at the real figures which the draft seemed to have shunned.  According to the latest MHRD figures, the number of students enrolled in schools the year 2015-16 works out to approximately 26 crores and this figure doesn’t include children in the ECE zone for whom the policy recommends an allocation of 1.4%. Thus, the share of school going children will be 4.1 % of the allocation.

A part of the allocation for food and nutrition will also go the children in the ECE zone but let us take that into account for the present. The number of students enrolled in the colleges and Universities in the same academic year is 3.4 crores. Of them, more than 60% are in humanities stream, who do not cost much. The lion’s share of the proposed allocation for higher education will therefore go to the science and technology stream. If this is implemented, the per capita expenditure on higher education in science and technology will be about 20 times more than the per capita expenditure on school education. This is likely to be in addition to the money spent by the students themselves towards fees.

I am not sure these aspects have been considered by the members of the committee, as the draft doesn’t edify us on them. On the other hand, it has inserted a curious caveat that reads: This section has a very high-level estimate on additional resources required for different areas of policy. These estimates are only directional indicators, the actual requirements may vary significantly on the basis of several factors such as timing, prevailing economic conditions and demographic trends. In plain English, it means that the figures given are airy nothings with no firm roots in reality.

(The views expressed by the author are that of his own.)