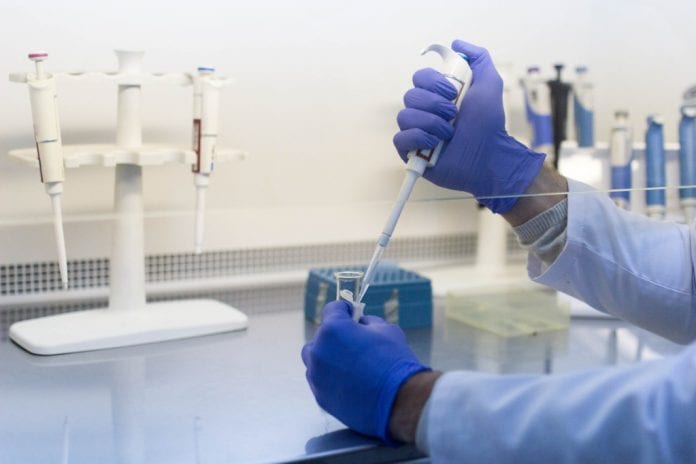 Did the global community leave the doors wide open to the deadly coronavirus despite warnings by the scientific community on possible pandemics due to unknown strains of the virus? A reading of transcripts from past scientific meetings and research archives indicates so.

Wiser from the experience of several outbreaks like SARS, MERS and other zoonotic viruses, scientists at various forums over several years repeatedly flagged the need for R&D and countermeasures, including the development of vaccines, to prevent and tackle such outbreaks.

But the perceived prohibitive cost of such measures seems to have deterred governments from paying heed. More importantly, the interest in developing vaccines or putting in place rapid countermeasure mechanisms seems directly proportionate to the topicality of such outbreaks.

Just consider this. Studies have shown the current strain of COVID-19 is indeed the result of natural evolution and is believed to be a derivate from bats. It has been known for years that fruit bats are a repository of viruses. One species, sampled repeatedly, showed 55 viruses from nine viral families. Extrapolating this further, scientists arrived at the probability of 3,20,000 unknown viruses in all mammals, including about 72,000 in known bat species.

So, the logical next step should have been to just identify these virus strains and prepare vaccines and medication to tackle them in case of an outbreak. Science administrators estimated in 2015 this would cost $6.8 billion, Peter Daszak, a well-known disease ecologist and President, Ecohealth Alliance, a non-profit, told a workshop on building Rapid Medical Countermeasure Capabilities to fight emerging infectious disease, organized by the Institute of Medicine in Washington DC.

“Funding is difficult to procure until the country is in “response mode,” noted the National Center for Biotechnology Information (NCBI), at the National Institutes of Health (NIH), in a report.

A further preventive mechanism suggested by several scientists was modeling hot spots for emerging diseases, which can be used to target surveillance and resources more effectively. For instance, West Africa was identified as a hot sport in 2008 and scientists had approached the USAID to fund a study of wildlife reservoirs in the area. But no resources were available.

Funding for basic and applied research and rapid response measures has at best come in fits and starts. For instance, the US National Institute of Allergy and Infectious Diseases (NIAID) had released approximately $100 million in SARS-specific grants that funded three vaccine development contracts and a monoclonal antibody contract. But this was available for a period of only four years, pointed out Dr. Fred Cassels, currently the global head of Enteric and Diarrheal Diseases at the Center for Vaccine Innovation and Access run by non-profit PATH. “The risk-benefit ratio changes over the course of an outbreak. As the number of cases decreases, interest in finding a vaccine starts to wane,” he pointed out participating in the workshop.

Interestingly, Dr. Cassels was with the NIAID to manage the portfolio of projects in response to the SARS outbreak. But he quit in due course discouraged and disappointed by the lack of momentum to learn about the science of coronaviruses and what it would take to produce and test a vaccine.

Just as in the case of SARS, the disappearance of the threat often results in lack of will to pursue vaccine development programmes either by government aided and run research bodies or private companies.

An often-cited illustration of this attitude is the meager $1 billion budgeted in 2017 by the Coalition for Epidemic Preparedness Innovations (CEPI), to coordinate and finance vaccine development by 2021. In contrast, it is estimated that the minimum cost of developing a vaccine for each of the 11 infectious diseases listed by the WHO in its 2015 Priority Disease list will cost $2.8 billion to $3.7 billion.

Related news: All in the game as COVID-19 fear keeps people indoors

It is a different matter that CEPI put out a call on March 6 for $2 billion in new funding to enable it to expand the number of COVID-19 vaccine candidates it is exploring with private sector companies and put them through clinical trials. To date it has announced nine such candidates. The Governments of Denmark, Finland, Germany, Norway, and the UK have committed over $185 million towards this but still a long way from the total fund the Oslo based organization is looking to raise.

The importance of incremental work on developing vaccines or identifying pathogens cannot be stressed more. It is a well-established fact that past research makes it easier to develop vaccines for emerging infectious diseases. For instance research on the SARS coronavirus identified several potential targets. But the epidemic waned and funding and interest in further research too disappeared. This in a way also extends the timelines for developing vaccines for the next round of unknown viruses like COVID-19.

What is more disconcerting is that the threat of imminent pandemics from unknown and emerging diseases or viruses is not unknown. The World Economic Forum’s Global Risk Report, now in its 14th edition, based on a survey of the top 1000 businessmen, has repeatedly highlighted and listed the risk from biological pathogens to the world.

Ominously the 2019 report warned: “The world is badly underprepared for even modest biological threats. We are vulnerable to potentially huge impacts on individual lives, societal well-being, economic activity and national security.”

That we are seeing a world that is teetering at the brink with the threat of huge loss of life, should not come as a surprise. The relatively low death count in past epidemics may have lulled the global community into complacency leaving it little prepared for the current pandemic.

Ironically, it is the US and Europe, both with the largest body of research, experts and perhaps the best healthcare systems, which are facing the brunt of COVID-19. The current pandemic should be a wakeup call for the global community to take infectious disease more seriously and adequately fund R&D and Medical Countermeasure Response mechanisms to combat them.

‘Have we gone mad?’: Alarm as Delhiites flock to malls, metro statio...