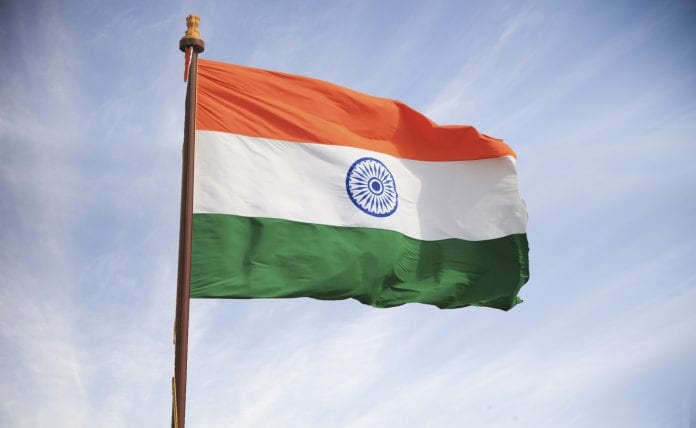 Here we are. Right in the middle of another Independence Day. This one is our 75th. Some numbers are for some reason more momentous than others. 25 is more important than 24. 50 greater than 51. 75 is somehow more potent than 76. So be it.

But the questions of last year, same as the years before, all the way back to the night of August 15, 1947, when the then prime minister made that rather ringing but repetitive speech, still holds good in terms of the pledge made, and the promises to be fulfilled:

‘The future beckons to us. Whither do we go and what shall be our endeavour? To bring freedom and opportunity to the common man, to the peasants and workers of India; to fight and end poverty and ignorance and disease; to build up a prosperous, democratic and progressive nation, and to create social, economic, and political institutions which will ensure justice and fullness of life to every man and woman.’

All of it surely is largely still a dream? Economists and historians will bring out their statistics and theories and for the most part, agree that there has been significant progress in all fields. Is it sufficient? And, as PG Wodehouse asked when is ‘sufficient enough?’

A few years ago, Mr. Ananth Mahadevan directed a movie (which I wrote the screenplay for, and it’s now available on Netflix), Gaur Hari Dastaan. It was based on the life of a nonagenarian, Mr. Gaur Hari Das, who fought the freedom struggle twice. Once against the British and then again late in his life, against the Indian bureaucracy, when no one believed he was a freedom fighter, and he had to go in and out of public offices for over 30 years to secure his Tamrapatra, the paper that certifies he is the genuine article.

Also read: The ‘Indian’ resides only inside the pages of the passport

In that movie, a cynical but supportive journalist asks the hero as they travel by taxi on Independence Day, looking at the street children: ‘Do you see, Sir, they are selling your freedom still to make a living?’

On the eve of Independence Day, across the big cities in India, and perhaps even in the smaller ones, the kids are still at it. Except it is another generation out there on the burning roads selling flags, though the size of the flags seems to be growing.

In his Tryst With Destiny speech, Pandit Nehru refers to Mahatma Gandhi: ‘The ambition of the greatest man of our generation has been to wipe every tear from every eye. That may be beyond us, but as long as there are tears and suffering, so long our work will not be over.’

Six months later, on Jan 30, 1948, Gandhiji was assassinated, an event that perhaps predicted what has turned out to be the virtual impossibility of the dream: wipe every tear from every eye. That each currency notes that the Indian government prints carry the Mahatma’s face makes the failure of the dream — and material well being is a necessary ingredient of that project—a kind of hallucinatory reminder that the saviour of the Indian soul is doubly damned: first for his face being in the wrong place; second forever eluding the grasp of the poor.

Are 75 years just too short for a nation that is aware of its destiny to realize it? We could compare ourselves with other nations whose fortunes fluctuated like ours and steadied and then rose in the same time scale. China for one. But China one could also say, is state-capitalist and dictatorial. We could talk about Pakistan. No, perhaps not Pakistan — for obvious reasons. Most of Europe, ruined by two world wars, still managed to rise and rise. The fact is, 75 years are more than enough to reach a set goal.

Except we have now somehow managed to mistake it for self-delusional notions of superpowerdom. Missiles and rockets and guns, and associated trappings. It would be interesting to trace since when this idea of a ‘nuclear’ India displaced the essentially Gandhian/altruistic destiny that Nehru envisaged for Indians.

Both the Congress (Indira Gandhi, 1974, Pokhran blasts) and the BJP (Vajpayee, 1998, Pokhran blasts again) are perhaps equally responsible for our veering away from our fundamental priorities which would have been substantively less militaristic ( and therefore less superpowerish) and more welfare-oriented in terms of basic indices.

India’s fundamental requirements, without going into comparative statistics which might argue that we have made great — but never enough— progress on all fronts, remain depressingly the themes that, decades ago, Manoj Kumar made bloc busters out of: roti, kapada, or makaan. It is a measure of how a great and humane dream has transmogrified itself into the present chauvinistic and machismo nightmare. Because to express a difference with that process is to be stamped a renegade, or, worse, a seditionist, when actually the Gandhian (and truly patriotic) essence of the Indian dream has been lost.

Also read: Nation and its people are at war. Govt is just too scared to declare it

By essence, I mean the welfare of a greater number of Indians. And this switch has happened largely because our self-perception as a people and a country has become more and more militant. We have become, in two words, spectacle-oriented, as the August 15 pageants will testify.

On the 75th anniversary of Indian Independence, therefore, the question to ask is not how far we have come. It is where are we going? There is still possibly a tryst for this country. But its destiny seems altered beyond the conception of those who fought for a seat at the table—for others.

(CP Surendran’s novel, One Love And the Many Lives of Osip B is now available on stands and on Amazon)