As part of our series on ‘Operation Gulmarg’, Pakistan’s failed attempt to invade Jammu and Kashmir in 1947, we revisit the troubled history of the Lahore Darbar after the death of Maharaja Ranjit Singh and its role in the rise of the Dogra dynasty in the Valley

Kashmir for sale after a queen’s quest for revenge 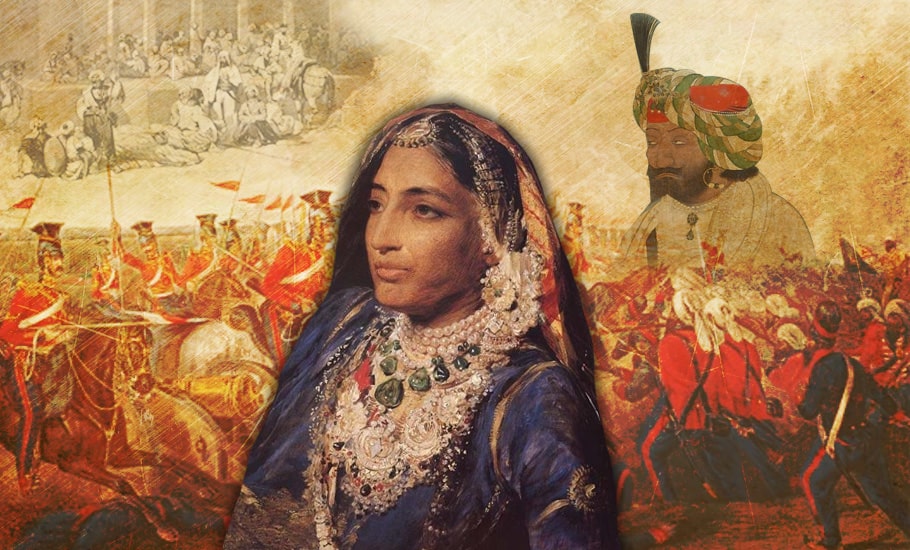 The Valley of Kashmir was once, according to legend, a large reservoir of water surrounded by hills. This water was the domain of a demon called Jalodbhava, who was blessed with immortality by Lord Brahma as long as he stayed under water.

When the demon became uncontrollable and wreaked mass destruction, sage Kashyapa approached Lord Vishnu and Shiva to destroy Jalodbhava. On his request, Indian mythology suggests, Vishnu drained the water and Shiva beheaded the demon. The name Kashmir (Kashyap mir) is, thus, an ode to the sage who saved this mythical land.

For several years, Kashmir passed from one ruler to another. In 1589, it became part of the Mughal empire and was immortalised by Jahangir as “paradise on earth.” After the decline of the Mughals, Afghans entered the Valley with the help of some locals and set up their kingdom in Kashmir.

On July 15, 1819, Kashmir was conquered by Maharaja Ranjit Singh’s forces led by Dewan Chand from its Afghan rulers and made part of the Khalsa empire.

After Ranjit Singh’s death, palace intrigues led to the murder of several of his successors and heirs. These assassinations left the reins of power in the hands of Rani Jind Kaur, Ranjit Singh’s young wife who had refused to become sati after her husband’s death, after she became regent and her minor son Dilip, whose life was to later inspire a popular Netflix docudrama titled The Black Prince, the heir to the throne.

Rani Jind Kaur was the de-facto ruler of the Sikh Empire. But, the Khalsa army had slipped out of her grasp and turned into an independent entity that listened only to its own officers.

Relations began to sour between the regent and the Khalsa army with a karmic irony. After the ascension of Dilip Singh, Jind Kaur was keen on installing her brother, Jawahir Singh, as the new wazir of the empire. So, she instigated the army to butcher the incumbent wazir, Hira Singh Dogra, accusing him of humiliating her.

The army obliged the regent, but soon it wanted its pound of flesh--literally. The army commanders insisted on beheading her brother Jawahir for plotting against Peshuara Singh, another of Ranjit Singh’s sons after he rose in revolt against the anointment of Dilip Singh as the new king. In spite of her protests and pleadings, the army killed Jind Kaur’s brother and hung his severed head outside the Lahore palace.

Jind Kaur devised an ingenious plan to tame the army--she would get it destroyed by the British, who were watching the rumblings in the Lahore Darbar from their army base south of the Sutlej river that acted as the unofficial line of control between the Sikhs and the British.

Jind Kaur wasn’t the only British ally in this war. The Raja of Jammu, Gulab Singh, was also secretly in touch with the British.

Jammu was till then an independent state ruled by the Maharaja’s vassal, Gulab Singh Dogra who was granted independent control of the Jammu region, in return for an annual share in revenue and the loyalty of the Dogra army to Lahore.

Under Ranjit Singh, the Dogras were a powerful family in the Lahore Darbar. While Gulab Singh was the king of Jammu, his brother Raja Dhyan Singh was the wazir (prime minister) of the Sikh kingdom and the youngest Dogra brother--Suchet--was a close friend of the Maharaja and his sons.

In December 1845, instigated by the regent and the new wazir, Lal Singh, rumored to be Jind Kaur’s lover, the Khalsa army crossed the Sutlej on December 11. When the first war broke out between the Sikhs and the British, he refused to send his army to fight alongside the Khalsa army on one pretext or another.

In a few days the Sikh army was defeated and the British became the lords of the Lahore Darbar. And Gulab Singh Dogra was rewarded for his loyalty to the British with the crown jewel of the Sikh empire.

After the first war ended, the British signed the Treaty of Lahore with the Sikhs, imposing huge fines on the defeated Khalsa army and taking control of large parts of the empire in the north and northeast. A week later they signed another treaty, this time with their ally Gulab Singh, giving him independent control of the state of Jammu and Kashmir, including the territories of Ladakh for a sum of Rs 75 lakh payable in Nanakshahi currency.

Thus, Gulab Singh Dogra became a vassal of the British by purchasing independent control of the state of Jammu and Kashmir.

Lord Hardinge, the then governor-general of British in India, explained the transfer of power in a despatch sent to the East India Company on March 19, 1846:

“...a Rajput principality of the hill districts has been constructed, extending from the Ravi to the Indus, and including the province of Kashmir. The Maharaja (Gulab Singh) is declared by the treaty independent of the Lahore State and under the protection of the British Government.

...I considered the appropriation of this part of the ceded territory to be the most expedient measure I could devise for that purpose (weakening the Sikhs), by which a Rajput dynasty will act as a counterpoise against the power of the Sikhs...and both will have a common interest in resisting attempts on the part of any Mohammaden power to establish an independent state on this side of the Indus…”

The Dogras were to remain true to Hardinge’s prophecy. Hundred years later, another Dogra ruler, Hari Singh, was to thwart an invasion of the Valley launched by the Pakistani army disguised as jihadis.

Next: Shoot me before I wake up