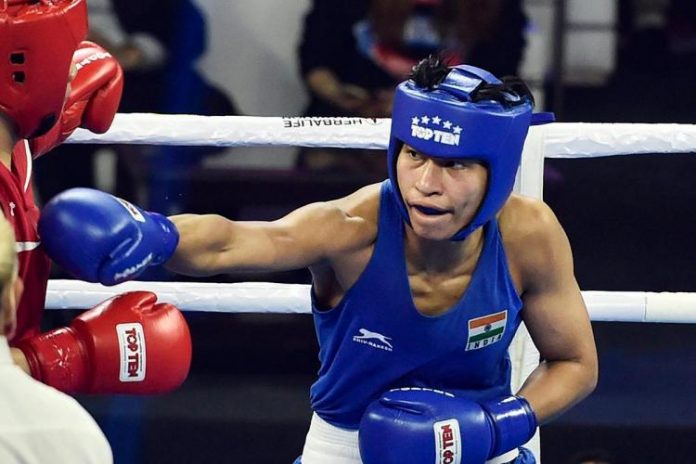 Like any other day, Tiken spoke to his daughter in Tokyo last week. “We never discuss boxing,” Tiken said. “Our family doesn’t know anything about boxing.”

The small-time trader from Assam’s Golaghat district has struggled his whole life. On Wednesday (August 4), everything changed for him – Lovlina Borgohain, his daughter, won bronze at the Tokyo Olympics. Golaghat, preparing for celebrations, erupted with joy. Their daughter is bringing home an honour they knew she always deserved.

Lovlina’s mother Mamoni underwent a kidney transplant last year. Lovlina visited her for a few days at the time and ended up testing positive for COVID-19 a day before she was to leave with the Olympics-qualified group for a 52-day training trip to Europe.

“My wife got a second life, and now Lovlina’s medal will only help her recover faster than we expected. All our efforts have finally paid off,” said Tiken, who worked in a tea garden near their village, India Today reported.

The Assam government is working overtime to build a road to Baro Mukhia, the village that Lovlina comes from. The 3.5 km road will connect Barpathar town in Upper Assam’s Golaghat district with the ace boxer’s village, which has a population of around 2,000. The work started two days ago.

There was more good news for India on August 4: wrestlers Ravi Kumar and Deepak Punia made it to the semi-finals and are a win away from a medal.

Neeraj Chopra topped the men’s javelin qualification and secured a berth in the final in an emphatic manner.

The pugilist from Assam bowed out of the Olympics’ semi-finals after a 5-0 defeat by Turkey’s Busenaz Surmenel. It was a tough fight against the world champion from Turkey in the women’s 69kg category at the Kokugikan Arena. The warning in round two put her off. Till then Lovlina was fighting well and in her Olympic debut. She coped a one-point deduction in the second round for not paying attention to the referee’s instructions despite a couple of cautions. “I don’t know what to say. I could not execute what I had planned. I could have done better,” Lovlina told PTI.

Lovlina had already assured herself the medal after beating Chinese Taipei’s Nien-Chin Chen in the women’s welterweight bout last week. She is the third boxer to clinch an Olympic medal for India after the legendary Mary Kom and Vijender Singh. The girl from Assam will be better remembered for chasing boxing history.

Her bronze took India’s medal tally to three after Mirabai Chanu’s silver in women’s weightlifting on the first day on July 24 and PV Sindhu’s bronze in badminton women’s singles on August 1.

“Well fought Lovlina! Her success in the boxing ring inspires several Indians. Her tenacity and determination are admirable. Congratulations to her on winning the Bronze. Best wishes for her future endeavours,” tweeted Prime Minister Narendra Modi.