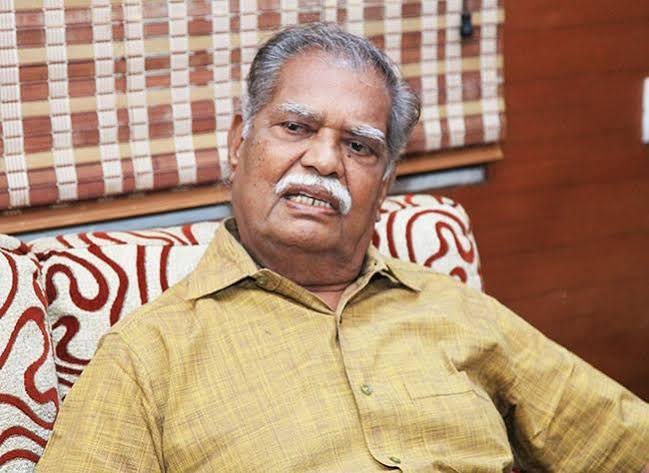 N Nallamma Naidu was the investigating officer in the disproportinate assets case against J Jayalalithaa. In his 2021 memoir, 'En Kadamai - Oozhal Ozhiga' , he tells his experiences in dealing with a case involving a powerful CM

N Nallamma Naidu, the former Superintendent of Police (SP) in the Directorate of Vigilance and Anti-Corruption (DVAC), was known as the cop who nailed the powerful Tamil Nadu Chief Minister, J Jayalalithaa. As the investigating officer in the high-profile,  disproportionate assets case involving the former CM, Naidu had played a key role in collecting all the incriminating evidence against Jayalalithaa.

The 82-year-old passed away in the wee hours of November 16.

Naidu had been assigned with the onerous task of collecting all the critical documentary evidence against the CM. He was responsible for sourcing all the bank documents related to the case such as passbooks, green slips, cheque leaves, and other evidence such as sale deeds, land deeds, and other documents from departments such as registration, transport, revenue, commercial tax, income tax, Enforcement Directorate etc.

Despite threats to his life, Naidu had run from pillar to post to painstakingly collect all the evidence, which eventually led to the former CM’s conviction. This in turn, completely changed the face of Dravidian politics in Tamil Nadu.

Sourcing all these documents must have been challenging for the late Naidu since there was no computerised method of documentation at that time. In his 2021 memoir, ‘En Kadamai – Oozhal Ozhiga’, published by Nakkheeran Publications, the former cop writes that the late Jayalalithaa, had however made it easy for them to garner evidence against her.

Naidu observes in his book, “Even a small company while handling cash transactions take the utmost care with the help of auditors. But a state’s chief minister, continued to steadily deposit unaccounted money into her account. If anyone asked her, ‘How did you get this money?’, she had no source to show. It is surprising how this minor fact was overlooked by her auditors”.

In the Search of Documents

The former Tamil Nadu CM continued to blithely deposit money into her various accounts, including Indian Bank, Naidu says in his book. She didn’t realise that this would be her major undoing in the future.

In the memoir, Naidu writes, “Before Jayalalithaa came to power for the first time in 1991, her assets were valued at ₹2 crore. She only had 12 bank accounts and 3 companies. But after she came to power, within a month, she bought a plot near Poes Garden. The next month, Sasikala bought a building in Mannargudi. They registered 10 companies in a matter of a single day. When she completed her regime, she had 50 bank accounts, 32 companies and 22 buildings. They bought thousands of plots including music composer Gangai Amaran’s Payyanur farmhouse. The property worth ₹2 crore was bought over by force just for ₹13 lakh. The Kodanad building too was bought along the same lines.”

Naidu makes the piquant observation in the book that Jayalalithaa had made the police investigation simple since the evidence was easily available.

Further, the late Naidu writes in the memoir that interestingly, Sasikala and Jayalalithaa had made deposits in the name of Ilavarasi’s son Vivek as well. They deposited ₹6 lakh and ₹9 lakh twice, he says.

“What more evidence do you need?”, Naidu asks. Further, he reveals, “The bank authorities did not cooperate with us since it involved high-value customers. To go through all the receipts, we required additional approvals. But we didn’t have that luxury. So, I started searching all the receipts and selected a few of them, after acquiring signature from the bank manager.”.

After going through reams of about 20,000 documents that runs into more than a lakh pages, they finally picked about 2,400 documents that became the major evidence in this high-profile case.

After Jayalalithaa became CM in 1991, she vowed that she would just take ₹1 as her salary. It turned out that the vow was more of a public gimmick to win people’s hearts.

When BJP leader Subramanian Swamy, (who was then President of the Janata Party) filed a case in the principal sessions and special court in Chennai, the judge directed the DVAC to probe the case and appointed Letika Saran, the first woman DGP (law and order) of Tamil Nadu, to head the investigation. At that time, she was serving as the deputy inspector general of DVAC.

In his memoir, Naidu refutes the claim that the DMK had appointed him to investigate the case. For he narrates in the book, “One day Letika Saran called me and asked if I could join her in investigating the case. That’s how I came into the scene. I was not appointed by the DMK as many believe. But Jayalalithaa alleged it was DMK that operates from behind.” Naidu had joined the investigation from September 1996.

It appears Naidu doesn’t have any personal grudge against Jayalalithaa despite the way she had treated him. In 1994, before the case was filed against her and before Naidu would become her nemesis, she promoted him as ASP. Jayalalithaa had even recommended his name for the Tamil Nadu Governor’s medal for vigilance. “In 1995, she recommended my name for President’s medal for meritorious service,” he writes in his book.

When Jayalalithaa was behind bars for the first time in December 1996, Naidu went to meet the AIADMK chief to take her permission to search Poes Garden.

“She was angry. She asked me, ‘Am I the only person who amasses wealth? Whether no other leaders do that? Why are you investigating only me?’. To that I replied: ‘Madam, I have been appointed as the investigation officer to probe this case. When you come to power the next time and if any case is filed against them (the DMK), I will investigate in the same manner’. After that she calmed down and sent Bhaskaran and Vijayan to assist me in the search,” narrates Naidu in his memoir.

Naidu showed he was impartial and was just doing his duty as an officer, when he refused to allow Sun TV, which was then seen as a DMK’s propaganda television, to cover the searches he conducted on Jayalalithaa’s properties.

It was in this search, the DVAC seized about 30 kg of gold, 800 kg of silver, more than 200 wrist watches, precious stones, thousands of saris and over 200 pairs of footwear.

The investigation officer, who stayed with the case from 1996 to 2017, was subjected to many threats and intimidations. However, he extended his support to the case even after his retirement in 2001. Born in Kuppinayakanpatti in Theni district, Naidu was in service from 1961, when the late K Kamaraj was the chief minister of Tamil Nadu.