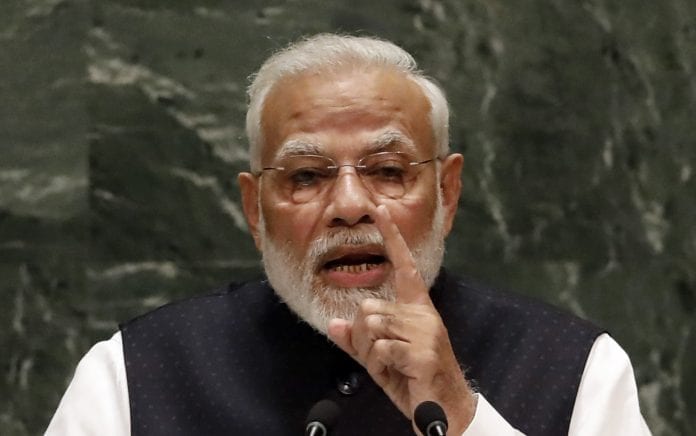 Prime Minister Narendra Modi on Monday (September 30) said that the world has “great expectations” from India, and asserted that his government will lead the country to a path of greatness where it will be beneficial to the entire globe.

On his first visit to Tamil Nadu after retaining power in this year’s Lok Sabha polls, the Prime Minister reiterated his campaign against single-use plastic.

“During my (just concluded) US tour I saw the world has great expectations from India, which is growing. It is the responsibility of all – we will certainly ensure the welfare of India, and swiftly, but we will make it such a great nation that it will be useful for the world,” he said.

Making the country great was not the job of the Central government, but that of 130 crore Indians, he said addressing BJP workers at a felicitation function organised by the party at the airport.

This was the job of citizens settled in every nook and corner of the country and “whether those who live in a city or village, the rich or poor and young or old,” and the nation will become great from the contribution of all these, he said.

Many schemes have been successfully taken forward with public participation and so should be the case with single-use plastic also, the Prime Minister added.

Pointing out at the proposed padayatra by BJP MPs coinciding with the 150th birth anniversary of Mahatma Gandhi on October 2, Modi said it will be helpful in exploring “these philosophies” on the ground, apparently referring to making India great and the campaign against single-use plastic.

Referring to his remarks in Tamil in his public addresses during his US tour last week, Modi said he had pointed out that it was an “ancient language” of the world. “Now Tamil is echoing in the US,” he added.