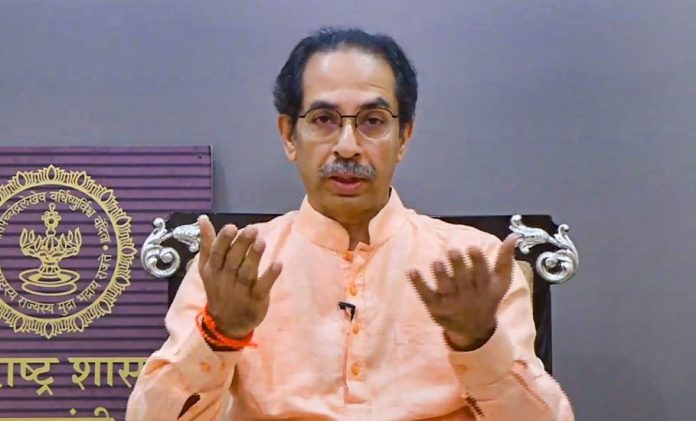 Maharashtra Chief Minister Uddhav Thackeray, who is facing a political storm over his government’s handling of the coronavirus situation and the Sushant Singh Rajput death case, said that a conspiracy is afoot to malign the state.

In a televised public address on Sunday (September 13), the chief minister said, “Whatever political storms come, I will face. I’ll fight coronavirus too.”

His address comes a day after the COVID-19 cases in Maharashtra crossed 10 lakh. Talking in this regard, Thackeray said his government has worked effectively to tackle the COVID-19 pandemic.

In the backdrop of political criticism over demolition of actress Kangana Ranaut’s bungalow in Mumbai and the way his government handled the Sushant case, he assured people that he would fight this crisis too. “I will have to remove the mask of Chief Minister to respond to politics. I don’t speak, that doesn’t mean I don’t have answers,” Thackeray said.

Speaking on the state government’s “Mission Begin Again” campaign during the pandemic, Thackeray said his administration effectively tackled the COVID-19 situation, cyclones and floods and will also deal with the political storm with people’s support.

Thackeray said the pandemic is showing no sign of a respite and the virus is spreading in rural Maharashtra as well. “But the number of patients recovering is also more. Facts and figures show that if detected early, all patients recover fast,” he said.

Asking people not to take the pandemic lightly, he said wearing masks, observing physical distancing, avoiding crowding and face-to-face contact with people is the only option as of now.

He said the state government also reached out to the affected people during Nisarga cyclone and the floods in east Vidarbha and provided relief.

“Over 29 lakh farmers have benefited through the farm loan waiver scheme and ₹700 crore have been disbursed towards relief and rehabilitation of those affected by the Nisarga cyclone,” he said, adding Rs 18 crore have been given as immediate relief for floods in Vidarbha.

Thackeray said his government was doing its best to deal with all challenges. “We should share our responsibilities to make the “my family, my responsibility” campaign (against coronavirus) which begins on September 15 a success. This war can be won only with people’s wholehearted support,” he said.

It is not feasible for the government to undertake checkup of each and every one of the 12 crore populace of the state, he said.

Thackeray said the Supreme Court’s interim stay on implementation of the Maratha quota was unexpected. The Maratha quota bill was unanimously passed by the state legislature and the legal team hired by the previous BJP-led state government was arguing in the apex court, he said.

He appealed to Maratha organisations to refrain from holding protests and demonstrations during the pandemic. He said the state will raise the matter again before the apex court.

“The government is firmly with the cause of justice to Maratha community and is working on how to proceed ahead. I have spoken to Leader of Opposition Devendra Fadnavis who is in Bihar now and he has assured the BJP’s complete support,” he said.

“All of us were personally monitoring this case and speaking to law experts on this. We did not fall short in our arguments. We will go to court again for this,” he added.

A decision on extension of the lockdown would depend on how the people follow the pandemic protocols, he said. “While using public transport, don’t speak, avoid face-to-face contact,” he said.

On criticism that he doesn’t venture out, Thackeray said, “I have been using technology to reach out to all parts of the state to review the pandemic situation and issue directives.”

Remembering Sushant Singh Rajput: Where does the case stand?