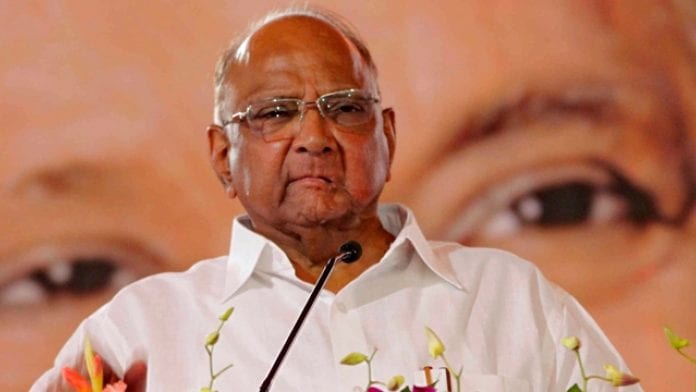 NCP chief Sharad Pawar has been keen on an anti-BJP alliance at the national level. File Photo

A day after election strategist Prashant Kishor met NCP chief Sharad Pawar, a spokesperson for the party on Saturday (June 12) said there is a need to have a “wider alliance” against the BJP for the 2024 Lok Sabha polls, especially against the backdrop of the recent Trinamool victory in West Bengal and DMK’s win in Tamil Nadu.

Kishor met Pawar at the latter’s residence in Mumbai on Friday (June 11). The meeting, which lasted around three hours, sparked speculation in political circles. However, what transpired during the meeting was not known.

Neither Kishor nor Pawar spoke to the media gathered outside Silver Oak, NCP chief’s residence, in Mumbai. This was Kishor’s first meeting with Pawar after the victory of the DMK and the TMC in Assembly elections in Tamil Nadu and West Bengal respectively.Also read: What’s brewing? Poll strategist Prashant Kishor calls on Pawar.

Talking to PTI, NCP leader and Maharashtra minister Nawab Malik said, “There is a need to form a wider alliance against the BJP ahead of the next general election. NCP president Sharad Pawar spoke about the need to have such an alliance and had said he would try to bring together all such forces.”

Malik said Prashant Kishor is well-versed with the data and statistics.

“During their three-hour deliberations, this surely came up for consideration,” he said.

Maharashtra Deputy Chief Minister Ajit Pawar, however, downplayed the Pawar-Kishor meeting, saying the latter has already said he would not be a political strategist anymore.

Kishor had met Uddhav Thackeray in 2019 before the latter became chief minister.

The poll strategist has worked with Mamata Banerjee and is believed to be assisting Punjab Chief Minister Capt Amarinder Singh in honing the Congress strategy for the next year’s Assembly polls.

Last month, Shiv Sena leader Sanjay Raut had stressed the need to have an alliance of opposition parties at the national level and said that he had discussed it with Pawar. Prior to that, he had also said that there is a need to restructure the United Progressive Alliance (UPA) so that it emerges as a strong alternative to the BJP, and the new front should be led by a senior leader like Pawar.

Interestingly, Union Minister of State for Social Justice and Empowerment Ramdas Athawale on June 11 said here a former allies BJP and Shiv Sena should come together and form the government.