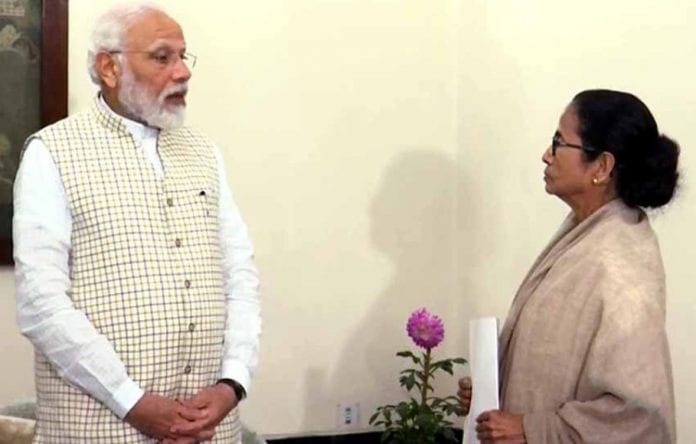 West Bengal Chief Minister Mamata Banerjee is likely to be in Delhi till November 25. | Representational image

West Bengal Chief Minister Mamata Banerjee on Monday (November 22) said she will be meeting Prime Minister Narendra Modi during her visit to Delhi, and raise issues concerning enhancement of BSF jurisdiction as well as “widespread violence” in Tripura.

The Union Home Ministry recently extended the Border Security Force’s (BSF) jurisdiction in border states like West Bengal, Tripura etc. The Trinamool Congress has opposed the move and taken the government head on.

Banerjee also said she may not join the dharna being staged by TMC MPs in protest against “attack on party workers” in Tripura, but will surely express solidarity with them.

Also read: How and why TMC is trying to make inroads in Tripura

Hitting out at Home Minister Amit Shah, the TMC supremo said the Union home minister “is yet to show courtesy” and meet the TMC MPs, who had been seeking an audience with him over the violence in Tripura. “During my visit to Delhi, I will be meeting the prime minister. Apart from various state-related matters, I will be raising issues concerning the enhancement of BSF jurisdiction as well as Tripura violence,” she told reporters before leaving for Delhi.

Banerjee wondered why the human rights commission was “not taking a note” of the ongoing use of brute force in the north-eastern state. “The chief minister of Tripura (Biplab Deb) and his government are defying the SCs directive. They have to reply to common people. I will appeal to the higher judiciary to act against his government as per law,” she said.

The Supreme Court has asked the Tripura government to ensure that no political party in the fray for the coming local body elections “is prevented from pursuing its electoral rights in accordance with law, and from campaigning in a peaceful and orderly manner”.

During her visit to Delhi, Mamata Banerjee may also meet leaders of other national and regional parties as part of her continued efforts to force a grand Opposition alliance against the BJP.