US President Donald Trump on Monday (February 24) said his country will sign deals to sell military equipment worth over ₹3 billion to India on Tuesday. He made the announcement while addressing a crowd at the ‘Namaste Trump’ event at the Ahmedabad’s Motera Stadium.

The US president is on a two-day visit to India along with wife Melania, daughter Ivanka and son-in-law Jared Kushner. Prime Minister Narendra Modi also addressed the crowd at the Sardar Patel stadium in Motera, the largest in the world that can hold up to one lakh spectators. 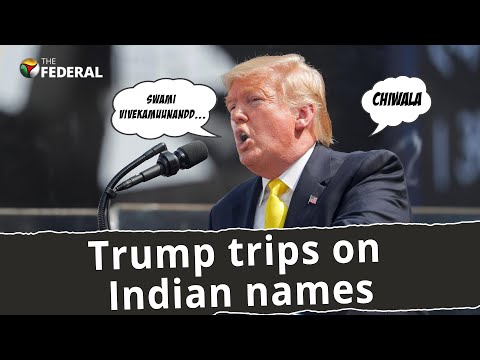 “I’m pleased to announce that tomorrow our representatives will sign deals to sell over $3 billion, in the absolute finest state of the art military helicopters and other equipment to the Indian armed forces,” Trump said.

Trump said the US is looking forward to provide India with some of the best and most feared military equipment on the planet. “We make the greatest weapons ever made. We make the best and we are dealing now with India,” he said.

“Both countries are united in defending citizens from threat of radical Islamic terrorism. Under my administration we unleashed full power of American military on bloodthirsty killers of ISIS. Today ISIS territorial caliphate is 100% destroyed. Monster Al Baghdadi is dead,” he added.

Trump said the US and India are committed to working together to stop terrorists and to fight their ideology. “For this reason, since taking office, my administration is working in a very positive way with Pakistan to crack down on terror organisations and militants that operate on the Pakistani border,” he said.

“Our relationship with Pakistan is a very good one. Thanks to these efforts we are beginning to see signs of big progress with Pakistan and we are hopeful for reduced tensions, greater stability and the future of harmony for all of the nations of South Asia,” the president added.

The US president also said his country will always be a faithful and loyal friend to the Indian people.

“Five months ago, the United States welcomed your great prime minister at a giant football stadium in Texas and today, India welcomes us at the world’s largest cricket stadium right here in Ahmedabad,” he said referring to the Motera stadium, the venue of the event.

The US president also made a reference to the ‘Howdy Modi’ event, held last September, at the NRG stadium in Houston, Texas. The stadium, however, could hold only 50,000 spectators as compared to the one in Motera.

Related news: Trump and Modi: Commonalities that have forged their camaraderie

“We will always remember this remarkable hospitality. India will hold a special place in our hearts. PM Modi started out as ‘tea wallah’, he worked as a tea seller. Everybody loves him but I will tell you this, he is very tough,” the US president added.

Moreover, the US president rained praises on the prime minister, saying, “PM Modi, you are not just the pride of Gujarat, you are living proof that with hard work and devotion, Indians can accomplish anything at all, anything they want. The prime minister is a moving story of an incredible rise.” 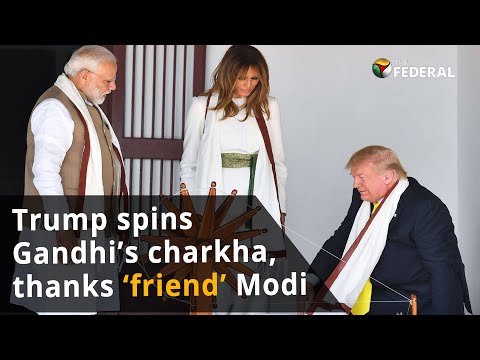