The United States on Monday (June 22) suspended temporary work visas including H-1B for foreigners till the end of the year, with President Donald Trump directing his administration to move in the direction of merit-based immigration, reports said quoting White House officials.

“H-1B action is temporary but permanent action being taken on reforming the US visa system to one that is more merit-based,” ANI quoted a senior official telling reporters at a White House briefing. 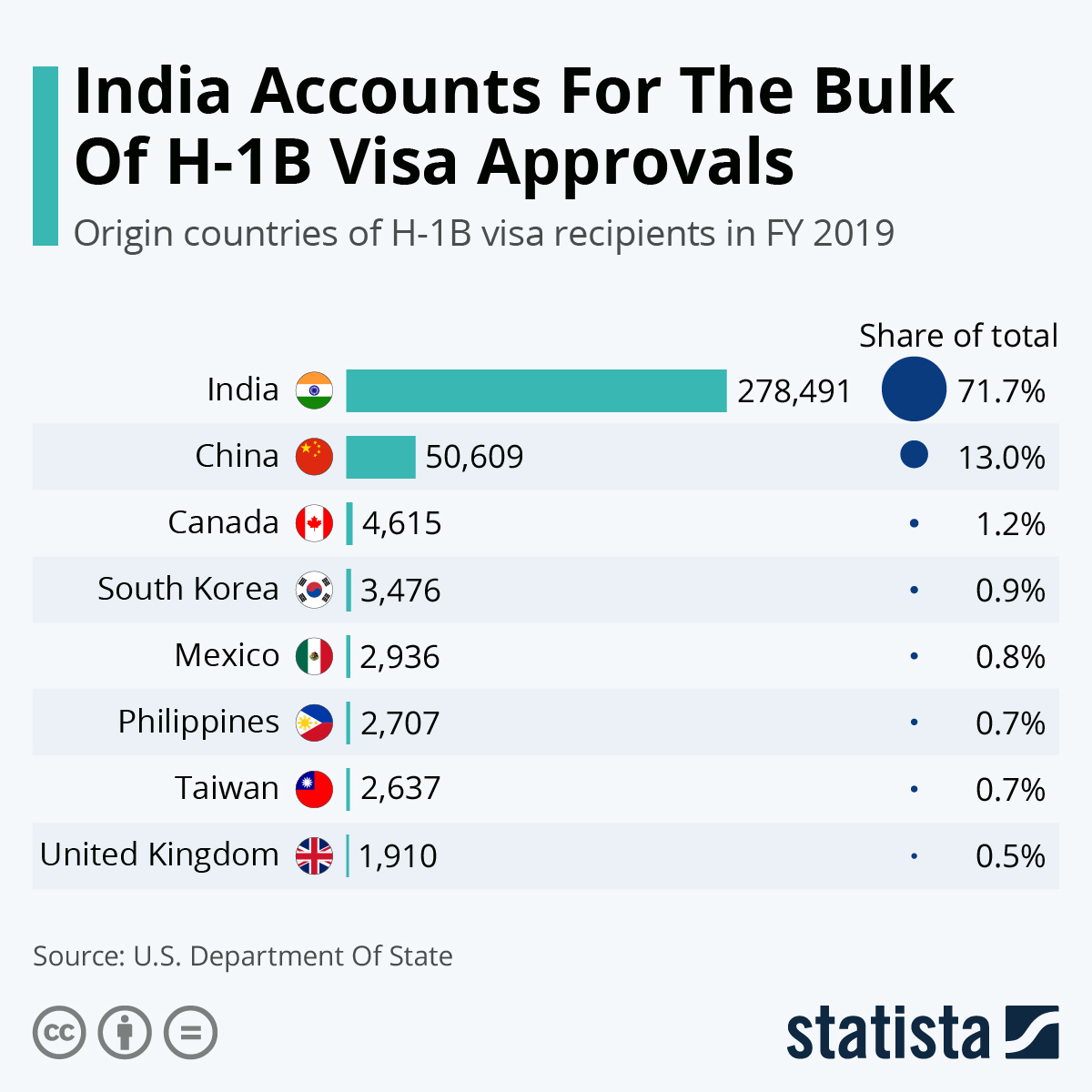 You will find more infographics at Statista

The president is also expected to sign an executive order on Tuesday directing new curbs on H-1B, H4, H-2B and L visas with exceptions, lasting through December 31, in view of the increasing unemployment.

Moving to a merit-based immigration system, the White House said in a statement soon after Trump issued a proclamation to temporarily suspend H-1B and other work visas till the end of the year.

The Trump Administration will reform the immigration system to prioritise the highest-skilled workers and protect American jobs, it said. 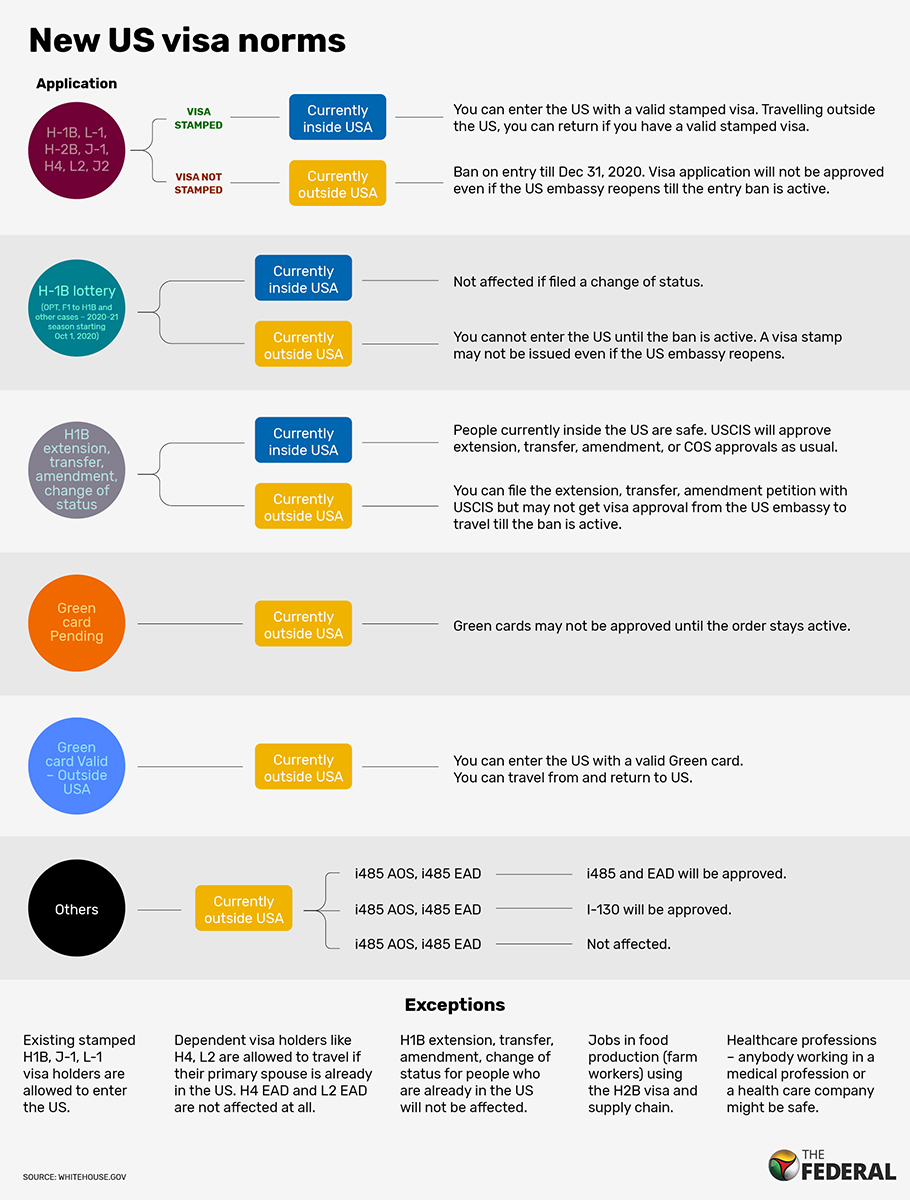 Under these reforms, the H-1B programme will prioritise those workers who are offered the highest wage, ensuring that the highest-skilled applicants are admitted.

The Trump administration will also close loopholes that have allowed employers in the US to replace American workers with low-cost foreign labour, it said.

“These reforms will help protect the wages of American workers and ensure that foreign labour entering our country is highly skilled and does not undercut the United States labour market,” the White House added.

“The more permanent actions that he is directing us to take include reforming the H-1B system to move in the direction of a more merit-based system. You hear the president talk all the time about getting the best and the brightest, and you also hear him talking about protecting American jobs. So, these reforms will do both,” a senior administration official told reporters during a conference call.

Related news: Will Trump gracefully leave town if he loses US polls, or dig in his heels?

Under these reforms, the H-1B programme is going to prioritise those workers who are offered the highest wages as the best proxy for what they bring to the table to add to the American economy, the official said.

Noting that there is a cap on H-1B visas of 85,000 every year, the official said that last year, 2,25,000 applications were received for those visas.

“Up until this year, those visas have been distributed through random lottery… The president has instructed us to get rid of the lottery and replace it with ranking the salaries — so the top 85,000 salary offers among the 225,000 or so applicants will get visas,” the official said.

This will drive both the wage-level and the skill-level of the H-1B applicants up. It will eliminate competition with Americans, it will reduce American competition in these industries at the entry-level, and will do more to get the best and the brightest, the official asserted.

According to the official, Trump has also instructed them to close the loopholes that have allowed employers to, essentially, domestically outsource their labour by replacing American workers with low-cost foreign labour.

Related news: The occasional huffing and puffing about H-1B visas amid pandemic

The way this loophole worked was the analysis of whether an incoming immigrant worker would displace an American worker was done at the company hiring the immigrant, the official said.

Republicans need a policy agenda, not worn out rhetorics

Tamil Nadu’s unemployment rate shoots up as state locks down for COV...