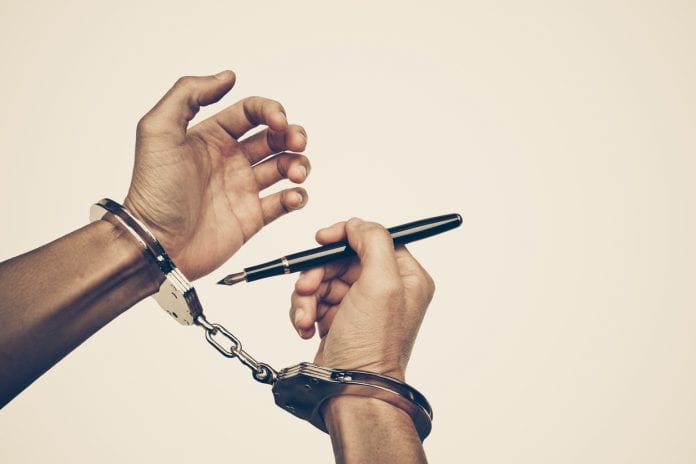 The CPJ wants UP government to investigate the case and punish the guilty.

An international body of journalists, the Committee to Protect Journalists, has demanded the Uttar Pradesh government thoroughly investigate a vicious attack on local journalist Pateshwari Singh on June 29 and ensure punishment for the guilty.

Singh was allegedly knocked off his motorcycle by an SUV and hit on the head with iron rods by five men on June 29 evening after he had written about lack of development in the Ayodhya constituency of a BJP legislator.

Singh, who recounted the attack in a video posted on Twitter, said the attackers fled when some onlookers arrived. Singh is the bureau chief of the Bharat Kanak newspaper and the Ayodhya correspondent for the Jan Sandesh Times newspaper.

Tiwari has denied any involvement in the assault, saying, “I don’t know the journalist. They are free to write against me. I am into politics and have not committed any crime,” according to that report. The CPJ said it texted Tiwari for comment, but did not receive any reply. CPJ was unable to find contact information for Deogarh.

The Telegraph newspaper quoted Vijay Pal Singh, superintendent of police of Ayodhya, as saying a case had been registered against unidentified persons for attacking the journalist and an investigation was on. “Some local people rescued the journalist. We are trying to collect more details from them,” the officer added.

Also read: Record number of journalists jailed because of their work

“The brazen assault on Indian journalist Pateshwari Singh is unacceptable, and Uttar Pradesh authorities must leave no stone unturned in holding the perpetrators and those responsible for planning the attack to account,” said Robert Mahoney, CPJ’s deputy executive director, in New York. “Authorities in Uttar Pradesh must show that they are serious about ending impunity for attacks on journalists.”

Singh, who can be seen bleeding from his head in the video posted to Twitter, was admitted to a local district hospital and then shifted to a private hospital for treatment for head injuries, a media report said.