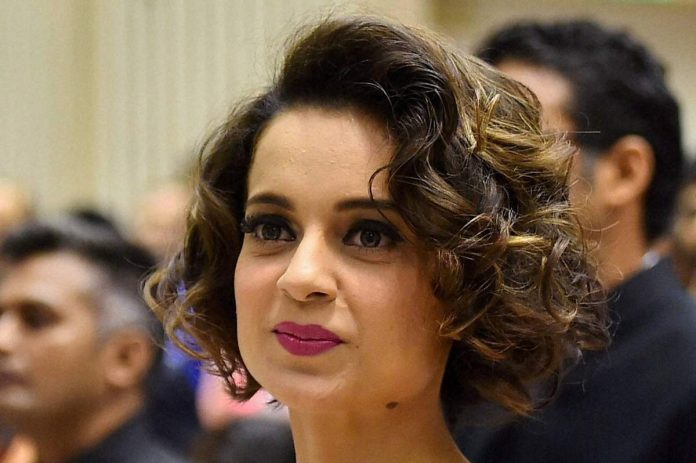 American social media platform Twitter has done what Bollywood and even the Shiv Sena could not do. Shut actor Kangana Ranaut down. Twitter has permanently suspended the fiery actor’s account, after she made a series of derogatory remarks against TMC Chief Mamata Banerjee and her party after their resounding victory in the state elections and subsequently tweeted on the alleged violence that broke out in West Bengal” – “…what is amusing now hyenas having a field day.”

She also urged ‘Modiji’ to rein in Mamata, since “we need super gundai to kill gundai… she is like an unleashed monster, to tame her Modi ji please show your Virat roop from early 2000s” She also asked for President’s Rule to be imposed in Bengal.

Ranaut’s tweet had sparked outrage and there were calls for action against the actor. An advocate in Kolkata too filed a police complaint against her tweets. However, Ranaut’s Twitter timeline is notorious for making headlines since it is always peppered with vitriolic posts as she spares no one. Though, she largely targets her Bollywood colleagues, politicians, Shiv Sena, she has not spared even farmers from Punjab or Twitter CEO Jack Dorsey if they happen to be against Prime Minister Modi.

Reacting to her suspension, the 34-year-old Kanagana told ANI that Twitter had only proved her point and being Americans, a white person felt entitled to enslave a brown person. “They want to tell you what to think, speak or do. I have many platforms I can use to raise my voice, including my own art in the form of cinema,” said Ranaut, who will next be seen essaying the late CM Jayalalithaa in her upcoming film, Thailavi.

She went on to add, “But my heart goes out to the people of this nation who have been tortured, enslaved, and censored for thousands of years, and still, there is no end to the suffering.” In her Instagram account, she vented: “Distressed beyond words, death of democracy, important message for our government #BengalBurning #BengalViolence”.

Twitter has always been clear that they will take strong action against behaviour that can lead to offline harm.

Their abusive behaviour policy states that an user may not engage in the targeted harassment of someone, or incite other people to do so. “We consider abusive behavior an attempt to harass, intimidate, or silence someone else’s voice,” said the Twitter spokesperson.

Meanwhile, social media erupted with delightful  memes on her suspension. While one person said that ‘one virus has left twitter, now waiting for another virus to leave the country. Another twitter user put a short clip from the film Krrish, showing Hrithik Roshan running with joy, ostensibly to thank Jack Dorsey for suspending Ranaut. Roshan and Ranaut had a major public spat in which she called him her “silly ex”.

Ranaut has targetted her Bollywood colleagues, and even singer Rihanna, when she called the pop singer a “fool” for siding with the farmers. Twitter had to take down her tweet at that time.

This was not the first time that the actor account has been suspended. Earlier, too, she faced action after she posted a tweet against Amazon Prime Video series Tandav. She had said it was ‘time to take (the makers’) heads off’ for hurting religious sentiments.That time she was suspended from the platform for a few hours.

Responding to the move, Bollywood actor Kubbra Sait said the suspension of the account was a permanent relief. She wrote, “Amen! I was in a mental state of tripping her with my left foot if I ever met her. But, this is way better. I hope a permanent relief. Social media can be better without her.”

She had also attacked Jack Dorsey once for not following the Indian government’s request and block accounts of some journalists, activists and farmers’ organisations. Calling Twitter a “bunch of druggies trying to control us”, she had urged people to trend the hashtag a #BanTwitterInIndia.

Ranaut had allegedly used Twitter to ensure she remained in the headlines. If she was not posting jibes and spiteful comments, especially about leading actors like Alia Bhatt, Taapsee Pannu, her bête noire Karan Johar, and the so-called Bollywood mafia, she was posting about her achievements and how she is as good an actor as Merlyl Streep and an action star like Tom Cruise.

Last year, Kangana Ranaut’s sister Rangoli Chandel tweet too had provoked fury when she blamed the Tablighi Jamaat for the COVID spread.