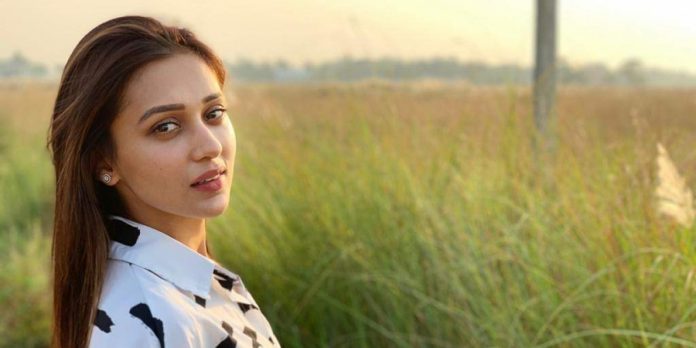 The actor sent a video message asking people not to panic. Pic: Facebook

Days after she got a fake vaccine shot, Trinamool MP and actress Mimi Chakraborty fell ill on Saturday (June 26) with dehydration and stomach pain. Doctors, however, could not confirm if the false jab was the reason for her illness.

India Today quoted a close friend of Chakraborty to say she is suffering from severe dehydration, low pressure and stomach cramps. “Mimi already had gallbladder sludge and sluggish liver and was under medication. She also has hypertension,” said the friend.

The media house quoted sources to say the actor-MP’s condition is “stable and she is being treated at home”.

The actor sent a video message on Thursday, asking people not to panic.

The doctor treating Mimi Chakraborty said her illness could not be linked to fake vaccination because she already has liver problem.

A few days back, the Jadavpur MP was tricked into taking a fake COVID jab by a man who claimed to be an IAS officer.

The actress grew suspicious about the authenticity of the process when she did not get any SMS or certificate, given to people who take the shot. She contacted the Kolkata police, which arrested the accused, Debeanjan Deb, who had claimed he was an IAS officer.