General election 2024 is a good two years away, but poll mania has struck India already. The nation has been on an edge over the Assembly elections to Uttar Pradesh, Punjab, Uttarakhand, Manipur and Goa. 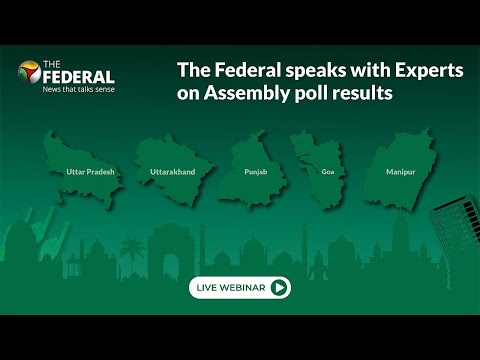 Each of the five states is important in its own way. Uttar Pradesh, the country’s most populous state, sends the maximum number of MPs to Parliament. For the BJP, a UP victory would make 2024 that much easier. For the Samajwadi Party, winning would be the way to stay relevant in the state.

The tiny state of Goa has seen nerve-wracking political action. Its previous Assembly election — when the Congress lost the throne to the BJP despite bagging the people’s mandate — is fresh in the mind of both the winner and the loser. The border states of Punjab, Uttarakhand and Manipur hold significance for each party in the fray.

The Federal speaks with a panel of experts on the results — what yielded the victories, what brought in the losses, and what the mandates mean for the states and the nation.