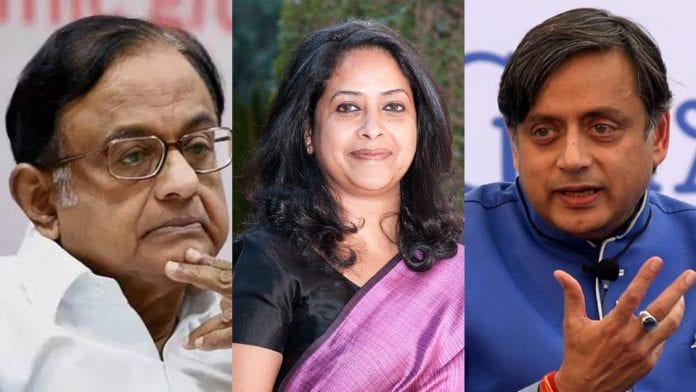 The Congress party, it seems, has set itself into a blame-game mode after its rout in the Delhi Assembly election.

A day after the Delhi election results were out, senior party leader PC Chacko quit as Delhi Congress in-charge, on Wednesday (February 12). He stirred up a controversy by blaming former Chief Minister Sheila Dixit for the loss.

“The party’s downfall started in 2013 when Sheila ji was chief minister. The emergence of new party AAP took away the Congress votebank,” he said.

Sheila Dikshit ji was a remarkable politician & administrator. During her tenure as Chief Minister, Delhi was transformed & Congress was stronger than ever.

Unfortunate to see her being blamed after her death. She dedicated her life to @INCIndia & the people of Delhi https://t.co/XwQPlHE6cw

In the elections, the Congress’s 63 candidates lost their security deposits out of the total 70. (Candidates pay a security deposit of ₹10,000 to contest in assembly elections. Failing to get one sixth of votes in their constituencies, election commission acquires the deposit.)

AAP won, bluff and bluster lost. The people of Delhi, who are from all parts of India, have defeated the polarising, divisive and dangerous agenda of the BJP

She said the Congress leadership should clarify if the party has decided to outsource the task of taking on the BJP to regional parties.

With due respect sir, just want to know- has @INCIndia outsourced the task of defeating BJP to state parties? If not, then why r we gloating over AAP victory rather than being concerned abt our drubbing? And if ‘yes’, then we (PCCs) might as well close shop! https://t.co/Zw3KJIfsRx

Sharmistha is the daughter of former President Pranab Mukherjee, a former Congress leader.

The Congress drew a blank for the second time in Delhi elections and its vote share plummeted to 4.26 per cent from 9.7 per cent in 2015. To dismantle the claims of Chacko, Dikshit’s former aide Pawan Khera presented a data point to show that vote share percentage was high whenever Sheila Dikshit was at the helm of affairs.

Congress leader Shashi Tharoor even posted an Urdu couplet on Twitter which read, ‘one is taking pride in someone else’s victory, even in the party’s defeat,’ taking a dig at Chidambaram’s tweet.

In a separate tweet, he said that the Delhi results were a disappointment for Congress but there were consolations such as BJP’s divisive politics being rejected and Delhi electorate choosing development over identity politics.