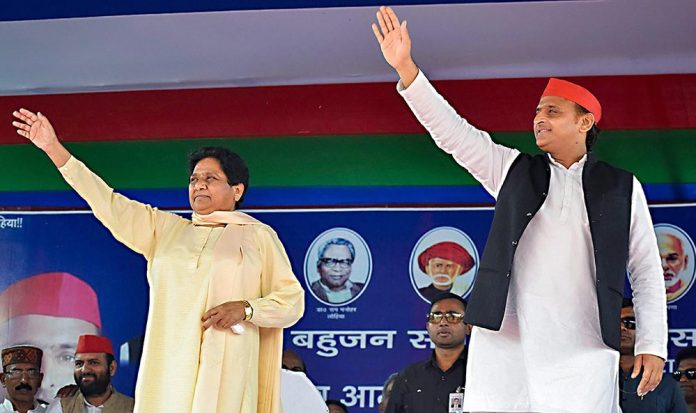 Mayawati has sharpened her attack on the Samajwadi Party ahead of the UP polls.

Bahujan Samaj Party (BSP) chief Mayawati on Monday sharpened her attack on the Samajwadi Party (SP), saying it was “contemptuous” of great men born among Dalits and backwards, and that these communities should not expect anything from the party led by Akhilesh Yadav.

Her comments come in the backdrop of six BSP MLAs joining the SP, while on Sunday SP chief Akhilesh formally inducted senior BSP leaders Lalji Verma and Ramachal Rajbhar into his party. Verma was the leader of the BSP legislature party in the Uttar Pradesh Assembly and Rajbhar was the state chief of the BSP before they were expelled for “anti-party” activities.

Uttar Pradesh, a key state, is set for the Assembly polls early next year.

“Since the beginning, the SP has been contemptuous of the great saints, gurus and great men born among the Dalits and backward. A special example of which is the new Ambedkar Nagar district created out of Faizabad district. They (SP) also opposed making Bhadohi a new district out of Sant Ravidas Nagar and even its name was changed by the SP government,” Mayawati tweeted in Hindi.

“Similarly, the names of many institutions and schemes of UP were changed mostly due to casteist hatred. In such a situation, how can their followers expect respect and security from SP no matter how much drama this party does now for the sake of their vote,” she added.

The BSP chief had earlier warned that BSP turncoats would weaken the SP. “The SP should know that by taking such selfish party-hoppers, the ticket-seekers within its fold are only going to make its workers angry, many of whom are in touch with the BSP. These people are going to inflict severe damage to the party from inside during the polls,” she reportedly said.