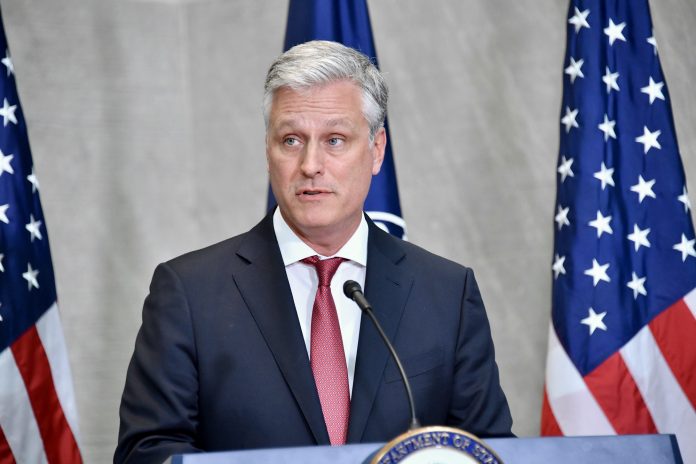 The US national security adviser has said that China was perpetrating “something close to” genocide with its treatment of Muslims in its Xinjiang region, Reuters reported.

“If not genocide, something close to it is going on in Xinjiang,” Robert O’Brien told an online event hosted by the Aspen Institute on Friday, while highlighting other Chinese crackdowns, including one on Hong Kong’s pro-democracy movement.

The United States has denounced China’s treatment of Uighur and other minority Muslims in Xinjiang and imposed sanctions on officials it blames for abuses. It has not, though, so far termed Beijing’s actions genocide, a designation that would have significant legal implications and require stronger action against China.

The United Nations estimates that more than a million Muslims have been detained in Xinjiang and activists say crimes against humanity and genocide are taking place there. China has denied any abuses and says its camps in the region provide vocational training and help fight extremism.

O’Brien referred to seizures by US customs of “massive numbers” of hair products made with human hair from Xinjiang. “The Chinese are literally shaving the heads of Uighur women and making hair products and sending them to the United States,” he said.

The US Customs and Border Protection said in June it had detained a shipment originating in Xinjiang of hair products and accessories suspected of being forced-labor products made with human hair.

In June, US Secretary of State Mike Pompeo labeled as “shocking” and “disturbing” reports that China was using forced sterilization, forced abortion and coercive family planning against Muslims in Xinjiang.

He said last month Washington was considering the language it would use to describe what is happening in the region but added: “When the United States speaks about crimes against humanity or genocide … we’ve got to be very careful and very precise because it carries an enormous weight.”

Xinjiang, an autonomous territory in northwest China, is a vast region of deserts and mountains. It’s home to many ethnic minority groups, including the Turkic Uyghur people. The ancient Silk Road trade route linking China and the Middle East passed through Xinjiang, a legacy that can be seen in the traditional open-air bazaars of its oasis cities, Hotan and Kashgar.