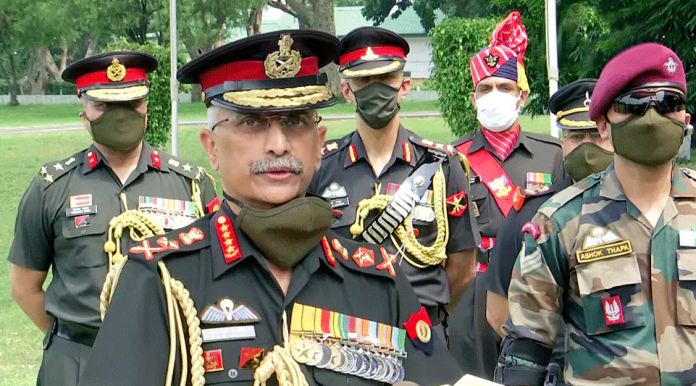 The situation along the Line of Actual Control (LAC), the de facto border between India and China, is ‘slightly tense,’ Chief of Army Staff (COAS) General Manoj Mukund Naravane said on Friday (September 4).

“I took a review of the situation after reaching Leh yesterday (on September 3). I took a first hand account of the situation as I spoke to the troops. They are highly motivated… their morale is high and they are fully prepared to deal with any situation that may arise. I would like to reiterate, like always, that our officers are the finest in the world. They will make, not just the army, but the entire country proud,” General Naravane said, according to NDTV.

His statement came after the Indian government said Chinese troops engaged in “provocative action” at the south bank of Pangong Lake in eastern Ladakh last Saturday (August 29) and on Monday (August 31).

Following the attack which was reportedly thwarted by the Indian troops, the government said on Thursday (September 3) that China should “sincerely engage” with India to restore peace along the border through complete disengagement.

High-level talks between senior military officers of India and China to discuss the border dispute entered the fifth round on Friday.

The south Pangong situation in eastern Ladakh has been described as “very dynamic” by military sources, though the Indian Army is said to have occupied advantageous positions all along the southern part of the 134km Pangong lake.

Indian troops have also consolidated their position on ridge lines in the fingers or spurs on the north bank.

“For the last two-three months, the situation has been tense. We have been continuously engaging with China both at the military level and diplomatic level. The engagements are ongoing. We are sure, through these talks, whatever differences we have will be resolved and we will ensure that the status quo is maintained and our interests are safeguarded,” news agency ANI quoted General Naravane as saying.