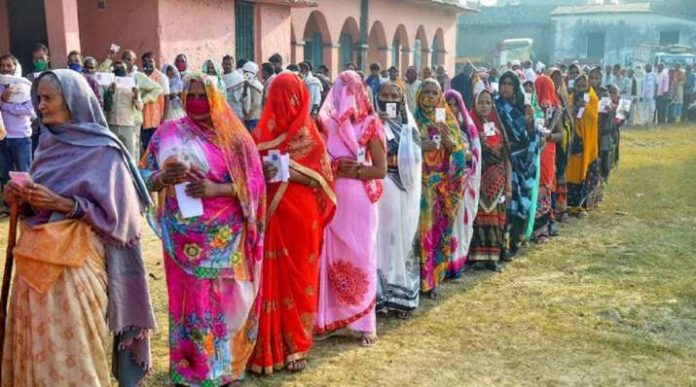 The setback for BJP in UP panchayat polls can dampen the morale of the party cadre a year ahead of the Assembly elections in the state. PTI File photo

The results of three-tier panchayat polls in Uttar Pradesh, held last month, are a veritable shocker for the ruling BJP led by Yogi Adityanath. The vote count is still on three days after it began on May 2. The main opposition, the Samajwadi Party – almost dormant for the last four years – claims to have gained a lot even in areas known as BJP strongholds – Ayodhya, Varanasi and Mathura. These polls were held a year ahead of the 403-member assembly polls and the BJP had pooled in all its resources.

The SP, led by Akhilesh Yadav, the son of party patriarch Mulayam Singh Yadav, has claimed victory as the BJP has gone out to woo the independents. The SP says candidates backed by it have surged ahead in 747 zila panchayat wards, while the BJP-supported candidates are ahead on 690 seats.

Here are a few facts about the panchayat polls:

a) these are not fought on party symbols; b) it is not possible to ascertain the exact number of seats a party has won; c) since these polls are fought on non-party bases, they hint at parties ‘choosing’ their candidates for the zilla panchayat election.

Take a look at the state pachayati raj system:

* The BJP for the first declared a list of candidates for 3,050 zila panchayat wards. It claims candidates backed by it have won over 900 seats.The figure is well below the one-third mark.

* The SP claims it has won over 1,000 seats. Mayawati’s BSP says it has won nearly 300 seats while Congress and AAP claim victories in 70 seats each.

* The BJP, perceived as an urban party, had avoided contesting panchayat polls. So, the setback comes in the backdrop of its big preparations – it had formed panels for all the six regions of the state under ministers or office-bearers.

* BJP’s losses include areas of holy cities of Ayodhya and Varanasi. In Ayodhya, the saffron party has not only invested its efforts in the grand construction of Ram temple, but also announced a series of development schemes. In Varanasi – Prime Minister Narendra Modi’s constituency – the BJP took massive steps to cleanse the Ganga and ghats besides announcing many welfare measures.

The setbacks can weaken the confidence of the party cadre, which has now been asked to focus on Assembly polls just a year away.

On the other hand, the SP, which had not officially declared its candidates, has yet another major task at hand: it has to ensure its candidates become zila panchayat chairpersons. There were multiple candidates at many seats; with rebels also winning, it faces the task of separating the wheat from the chaff. The same challenge lies with the BJP too, but since it knows the official candidate, it will have to either woo the independents or the other party rebels for the post of chairpersons of zila panchayats.