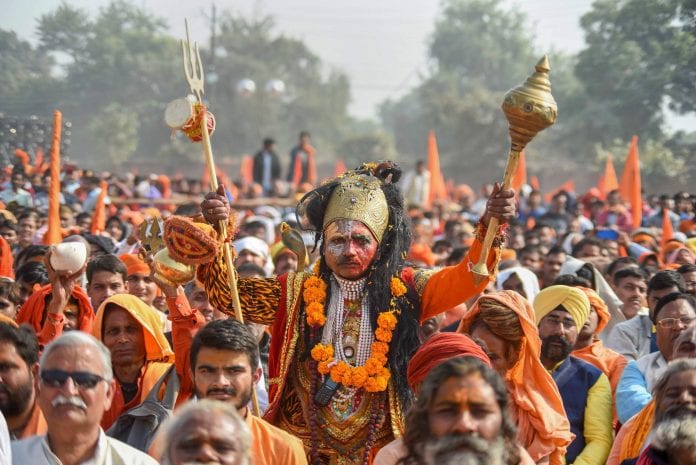 The mediation proceedings have failed to resolve amicably the Ram Janmabhoomi-Babri Masjid land dispute in Ayodhya, the Supreme Court said on Friday (August 2) and ordered day-to-day hearing of the politically sensitive case from August 6.

A five-judge Constitution bench headed by Chief Justice Ranjan Gogoi took note of the report of the three-member mediation panel, headed by former apex court judge FMI Kalifulla, that its effort to find out an amicable resolution to the dispute has failed.

“We have received the report submitted by the chairman of the committee, Justice Kalifulla. We have perused the same. Mediation proceedings have not resulted in any kind of final settlement, therefore, we have to proceed with the hearing of the appeal which will commence from August 6,” said the bench, also comprising Justices Deepak Gupta and Aniruddha Bose.

“We make it clear that the hearing of the case will be on day-to-day basis until the arguments are concluded,” the bench said. The mediation panel, in its report submitted on Thursday (August 1), said that the Hindu and the Muslim parties have not been able to find a solution to the vexatious dispute.

After the bench passed the order, senior advocate Rajeev Dhavan, appearing for a Muslim party, raised several technical issues and said that he will need 20 days to argue the various issues arising in the matter in detail and there should not be any curtailment on the hearing.

While he was raising different aspects of the matter and how the appeals have to be heard, the bench told him, “Don’t remind us what we have to do”. “We know there are many aspects and we will deal with all these aspects. Let the hearing start,” it said.

The court, which had perused a report about the progress of the mediation process till July 18, had said that its contents will remain confidential as per its earlier order. The mediation panel, also comprising spiritual guru and founder of the Art of Living Foundation Sri Sri Ravishankar and senior advocate and renowned mediator Sriram Panchu, was earlier granted time till August 15 by the apex court for completion of mediation after its earlier report had said that the mediators were “optimistic” about an amicable solution.

The apex court had on March 8 referred the matter to the panel of mediators and had asked them to hold in-camera proceedings and complete them within eight weeks. The top court had fixed the seat for the mediation process in Faizabad of Uttar Pradesh, around seven km from Ayodhya.

It had said that adequate arrangements including the venue of the mediation, place of stay of the mediators, their security, travel should be forthwith arranged by the state government so that proceedings could commence immediately.

Fourteen appeals have been filed in the apex court against the 2010 Allahabad High Court judgment. It was delivered in four civil suits, that the 2.77-acre land in Ayodhya be partitioned equally among the three parties – the Sunni Waqf Board, the Nirmohi Akhara, and Ram Lalla.

On December 6, 1992, the Babri Masjid, constructed at the disputed site in the 16th century by Shia Muslim Mir Baqi, was demolished.